The Gravity of the National Space Society's Vision 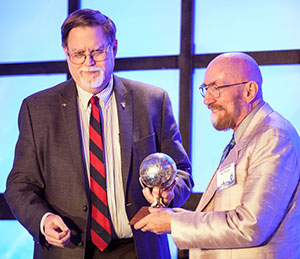 We, the members of the National Space Society, believe exploring the unknown is one of the things that drives our vision of “people living and working in thriving communities beyond the Earth, and the use of the vast resources of space for the dramatic betterment of humanity.” The recent discovery of gravitational waves by NSS Space Pioneer award recipient Dr. Kip Thorne is another giant leap forward.

We are very proud and honored to congratulate the amazing achievement of our NSS member Dr. Kip Thorne for his leading involvement in the creation of the LIGO (Laser Interferometer Gravitational Wave Observatory) project. LIGO’s recent world-changing detection of the existence of gravitational waves predicted by Einstein a century ago in his General Relativity Theory is opening new eyes on the cosmos and the doors that will bring humanity closer to the NSS vision!

Regarding the grand NSS vision, Dr. Thorne remarked, “I think that it’s clear that it is attainable to colonize the solar system. Getting beyond the solar system is going to be exceedingly difficult. We are going to either require a lot of brute force over a period of several centuries or else a brilliant idea that none of us has grasped yet. The first thing is the solar system, but we have not been moving at anything like the pace that we could or we should.” 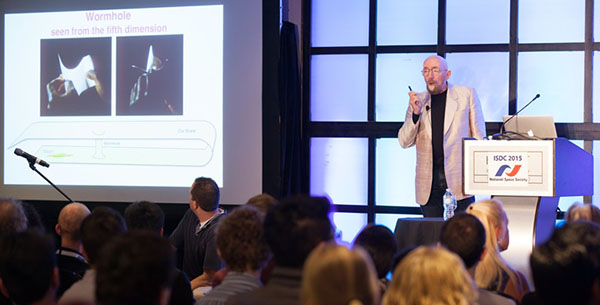 Dr. Thorne was honored at the National Space Society’s 2015 International Space Development Conference® (ISDC) in Toronto, Canada for his work with the movie Interstellar and spoke not only to the conference participants, but also to more than 400 Space Settlement Design Contest winning students from around the world. 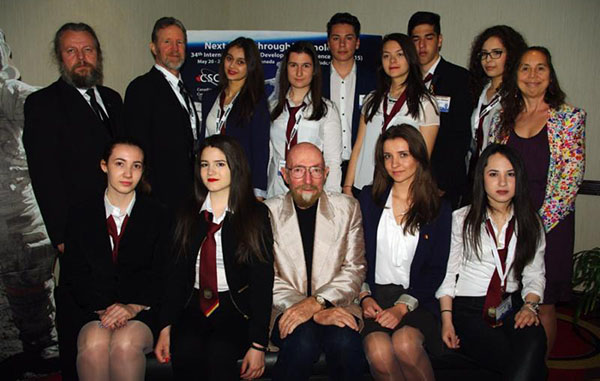 At the Toronto ISDC, Dr. Thorne visited with the students, viewing their Space Settlement Design Contest poster presentations, and posing for group photos with the winners. Here is Dr. Thorne with a winning team from Romania.

Here’s a quick look of what the ISDC 2016 holds for its attendees:
https://youtu.be/aYC3G-6hzFQ

When asked during an interview at the ISDC how pleased Dr. Thorne was to see that this type of conference, exists, he replied, “Well I think it’s very wonderful, particularly getting the young people involved around the world and being an inspiration for them. It’s very important for the future of science and the future of space.”

About the Gravity Wave Discovery

On February 11, 2016, a team of four physicists using LIGO announced that they had heard and recorded in September 2015 the gravitational wave motion of two black holes colliding 1.3 billion light-years away. The announcement team included Kip Thorne, David Reitze, Gabriela González, and Rainer Weiss.

“With this discovery, we humans are embarking on a marvelous new quest: the quest to explore the warped side of the universe — objects and phenomena that are made from warped spacetime. Colliding black holes and gravitational waves are our first beautiful examples,” says Dr. Thorne.

NSS congratulates Professor Kip Thorne and the entire LIGO team for the confirmed detection of Gravitational Waves and his support of the National Space Society, it’s ISDCs, and projects like Enterprise In Space!