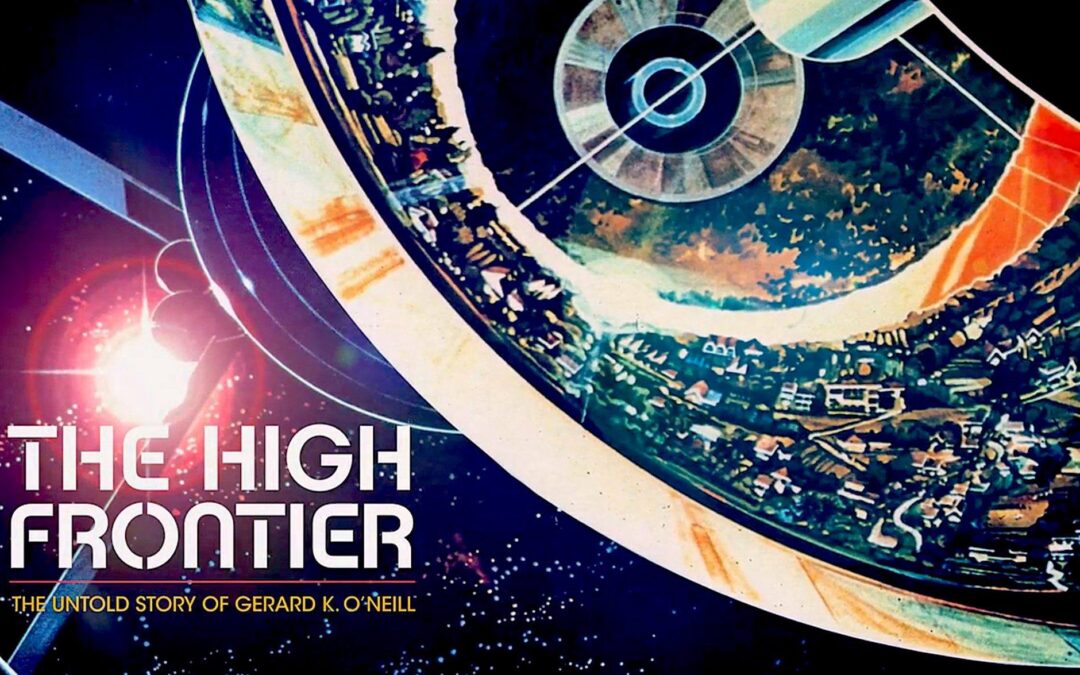 The High Frontier: The Untold Story of Dr. Gerard K. O’Neill, which premiered last night on the Space Channel, paid much overdue tribute to the figure who is regarded as the father of the space settlement movement. The film, a Multiverse Media production, chronicles the life, career, and legacy of O’Neill from his nascent beginnings as a young Navy sailor to his prime as one of sci-comm’s first rock stars. Rare archival photos and footage allow us to get to know O’Neill – who faded into relative obscurity following his tragic 1992 death from leukemia complications – for many of us, the first time.

The viewer “meets” O’Neill at the very beginning of the film, as archival recordings capture him discussing his fantastic yet practical designs on space’s future. In addition, we get to meet a lesser-known version of O’Neill – the physicist and Princeton professor, whose work in pioneering the particle storage ring was largely overlooked, uncredited, and criminally forgotten. We also get to know the Gerry who tried out for the NASA astronaut corps circa 1967, and just barely didn’t make the cut. We also get to know more about O’Neill the loving father and husband, and discover how his space settlement treatises weren’t just born from his desire to build something, but to extend civilization for future generations.

Perhaps the most moving parts of the film, however, involve O’Neill the person little, and instead focus on his vision and legacy, and others he inspired. We see legendary space artist Don Davis discuss his collaboration – often via snail mail – with O’Neill, and we see his preliminary pencil sketches of settlements transform into the lush, green fantastic landscapes we often associate with O’Neill’s work. Davis would further collaborate with O’Neill, producing the illustrated 1978 Bantam edition of The High Frontier. Later we hear how O’Neill’s vision influenced current commercial space visionaries, such as SpaceX’s Elon Musk and Blue Origin’s Jeff Bezos. We also learn how O’Neill inspired one of the spaceflight community’s biggest grassroots movements, the L5 Society, which would eventually be integrated into the modern-day National Space Society. More sadly, we also meet a Gerry who wouldn’t see his later ideas – Geostar and a type of Maglev train – fully realized due to his declining health.

A newly-released biography of O’Neill, Humanizing Space written by Dylan Taylor with John Desimone, functions as a companion to the movie, further illuminating the scientist’s all-too-short, but rapid fire life. As an O’Neill fan, I’ve often wondered why it’s taken so long to have an O’Neill biography and movie, given that his papers are available via the Smithsonian Air & Space Museum, and that he was nearly as ubiquitous as, say, Carl Sagan during his biggest flush of 1970s fame. Perhaps it owes to the fact that he died at such a young age, well before he was able to see many of his visions realized. At any rate, The High Frontier movie is a beautiful, fitting tribute to his life and work, and I am glad he is being recognized now.