The High Frontier: The Untold Story of Gerard K. O’Neill 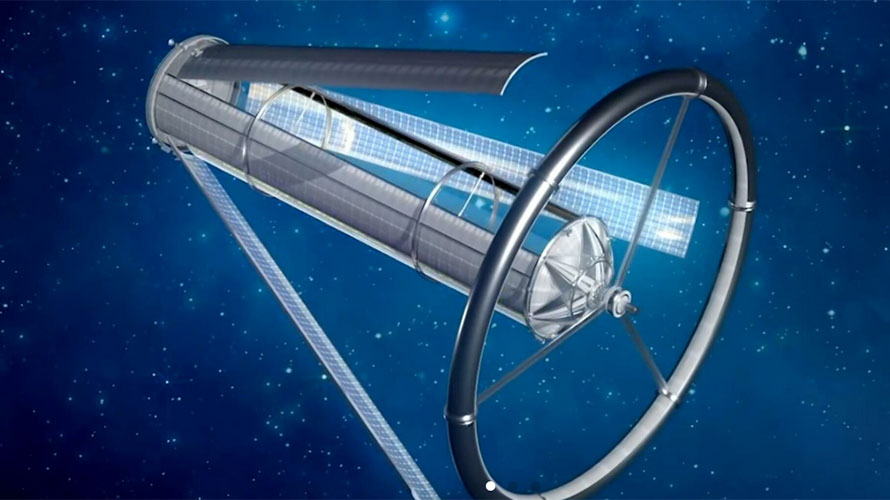 Multiverse Media & Space Channel to host the online premiere of the documentary film “The High Frontier: The Untold Story of Gerard K. O’Neill” on April 17.

Register HERE to get this one-time FREE online live global premiere of The High Frontier, a documentary film tribute and exploration into the untold story of space pioneer, Dr. Gerard K. O’Neill.

Multiverse Media and Space Channel will host an online global premiere of the documentary film “The High Frontier: The Untold Story of Gerard K. O’Neill” on April 17th, 2021 at 8pm ET / 5pm PT on spacechannel.com, or platforms where you can find Space Channel including PLEX, RADtv, and TCL Channels App. The movie will also be available in “theater mode” on the RADtv Playstation app. The film will be released for online VOD the following day, April 18th, 2021.

View the Trailer for the film.

“The High Frontier: The Untold Story of Gerard K. O’Neill” tells the untold story of Dr. Gerard K. O’Neill who in 1977 wrote the book, The High Frontier: Human Colonies in Space, which sparked a grassroots movement to build Earth-like habitats in space in order to solve Earth’s greatest crises. The film is told through “Gerry’s Kids” as they affectionately call themselves; his peers, family, and the younger generation who followed that movement and are now leading the modern day space industry.

Who was Dr. Gerard K. O’Neill? O’Neill was an American physicist, inventor, and space activist best known for writing the 1977 book, The High Frontier: Human Colonies in Space. The book details how humans could build rotating space habitats in low-Earth orbit using a design he called the “O’Neill Cylinder.” The habitat could recreate Earth’s gravity and would house millions of people for work and play, eventually solving the major concerns facing Earth such as hunger, overpopulation, dwindling resources, and war. His book and activism launched the movement to the global stage, forever inspiring a generation of free thinkers, space leaders, and altering the course of American space industry forever. Dr. O’Neill passed in 1992 from Leukemia, but his vision still lives on thanks to the “Gerry’s Kids,” those who were inspired by Dr. O’Neill and keep his vision alive today.

REGISTER FOR THE FREE PREMIERE HERE.

Space Channel is the premier global news and entertainment media platform dedicated to space. From advances in space technology and exploration to commerce, policy and community issues in low earth orbit, we provide a front-row seat to the latest happenings in the final frontier via news, live coverage, movies and exclusive events. www.spacechannel.com