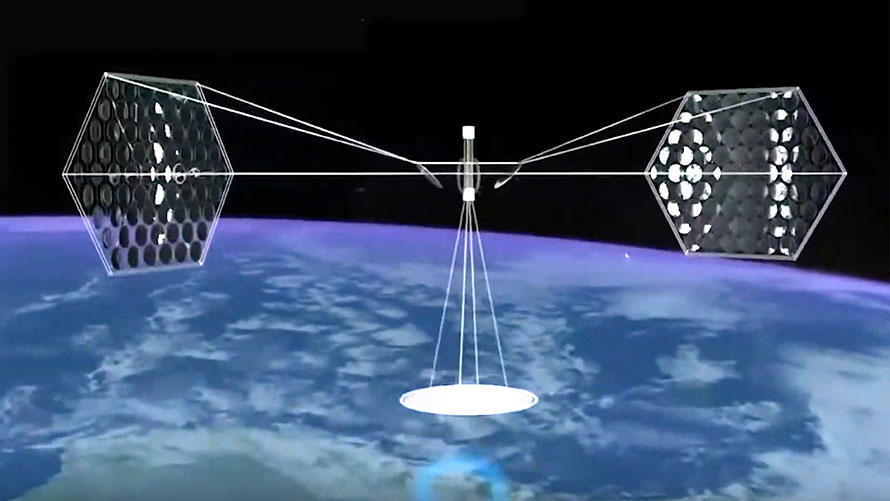 Orbiting Solar Power Stations Would Help to Save the Environment

It’s important that the U.S. remain a leader in SSP efforts … the result will be a cleaner environment, a vast net reduction in carbon emissions globally, and a better world for our children.”
— Dale Skran, NSS COO

In a report released this week, Jack Karsten, Managing Director of the Innovation Frontier Project at PPI, said, “The falling costs of solar power systems and [space] vehicle launches allow for the creation of satellites that can collect energy from the sun all day long throughout the year….” The report concludes that the U.S. must invest much more strongly in space solar power as part of its national security, domestic energy, and space exploration strategies.

This aligns with the policies set by NSS long ago—and the need for additional investment has never been more urgent. “Space solar power is a bright light in near-term space technology,” said Dale Skran, NSS COO. “NSS director John Mankins has long been a world leader in this area, and it’s time to take his work on SSP from the drawing boards to the skies, providing clean, limitless, and safe energy for the entire world.” Mankins is a member of both the NSS Board of Directors and the NSS Policy Committee.

The core idea behind space solar power is to fabricate a fleet of orbiting platforms that gather light from the sun and convert it into energy that is then beamed to Earth-based receiving stations. From there, it can be distributed via existing power grids to almost anywhere on the planet. While the U.S. took an early lead in SSP research, more recently China has aggressively entered the field. “It’s important that the U.S. remain a leader in SSP efforts,” noted Skran. “The result will be a cleaner environment, a vast net reduction in carbon emissions globally, and a better world for our children, who currently live in fear of a climate that could spin out of control in their future. We owe this to them, and to our planet.”

“NSS recommends government investment of at least $500 million per year with the goal of a pathfinding orbital demonstration by 2030 and full-size operational units by 2035. This is in addition to the $1 billion demonstration system suggested by the Progressive Policy Institute. For this to be feasible, funding must begin as soon as possible,” said Randy Gigante, Chair of the NSS Policy Committee.

To learn more about space solar power, see the new award-winning NSS video “Dear Earth.” For a deeper dive into SSP, download our relevant publications, including “Space Solar Power: Enabling a Green Future with Economic Growth.” Other SSP publications can be found in the NSS Space Solar Power Library.