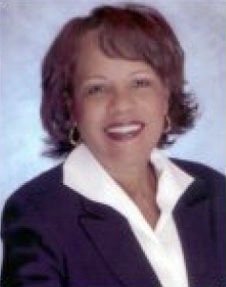 The National Space Society celebrates the life and contributions of a visionary champion of the commercial space industry and human space settlement, the Honorable Patricia Grace Smith. Ms. Smith unexpectedly passed away on June 5th, after quietly fighting pancreatic cancer over the last year.

“The commercial space industry owes a huge debt to Patti Grace Smith whose years of determined and well-reasoned advocacy combined with her natural charm and grace won over many converts in government and fostered the birth of a new industry. There might not be a commercial space flight industry were it not for Patti’s leadership,” said Bruce Pittman, Senior Operating Officer of the National Space Society.

Ms. Smith served her country for almost three decades, including eleven years as the Associate Administrator for the Federal Aviation Administration’s Office of Commercial Space Transportation. She was appointed to this office shortly after it became part of the FAA and was instrumental in creating policies and guiding the FAA’s regulatory efforts in a manner that was supportive of the emerging commercial space flight industry

After retiring from the FAA in 2008, Ms. Smith became an important consultant to the commercial space industry and was the chair of the commercial space committee of the NASA Advisory Council until 2014. She was also the vice-chair of the Aeronautics and Space Engineering Board of the National Academies and a Member-at-Large of the Board of Directors of the Space Foundation.

NSS is following the path opened by Patti Smith in one of our initiatives called the Space Exploration, Development and Settlement Act of 2016. This bill, just introduced in Congress, will change the NASA charter to enable NASA to do more. To help with this effort, citizens can take action here.

Patti’s family has asked that donations be made in her name to: