The Notre Dame Fire and the Space Movement 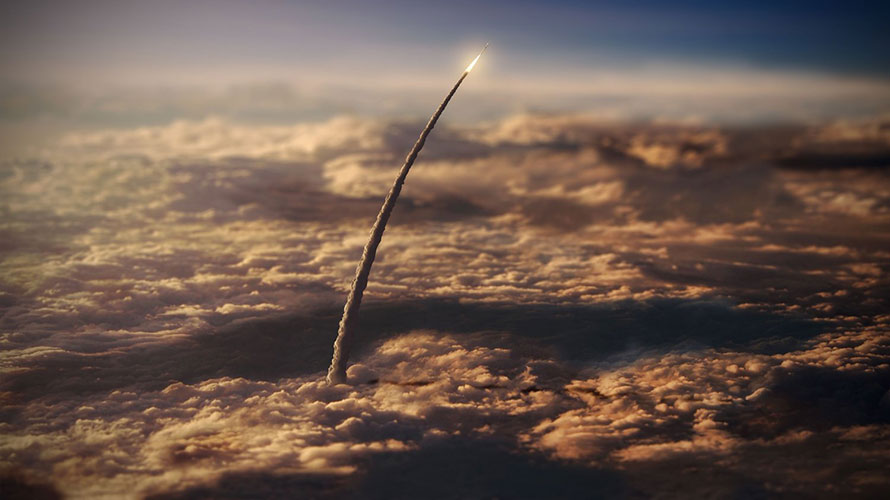 The discussion about the hundreds of millions of dollars and euros that have already been pledged to rebuild the Cathedral of Notre Dame in Paris has ramifications for the space movement. If instead of devoting all those resources to restoring one old building, some ask, what if that money would be used to provide food, health care, housing, and so on for those without it, or even for infrastructure? Where are the priorities?

Similar questions are frequently raised about spending on space efforts, about how there are so many “more pressing needs down on Earth.” There is a particular argument applicable to both Notre Dame and the space movement.

Consider the Vatican. If you have ever visited it, you can visualize the life labor of countless devoted artisans and the life savings of faithful from all over the world pouring into and being concentrated in this one truly awe-inspiring building complex. If all that wealth were sold, the proceeds could perhaps feed all the people of Italy for months. And what would be left would be… nothing. But, with that wealth concentrated in that Vatican, what the world has is a symbol so powerful that it has inspired generations of people, stimulated thinking, and (for better or worse) influenced events around the world for centuries.

So, too, with the space movement. With a relatively small investment each year, with each rocket launched, with such tangible symbols, the vision is kept alive for a more hopeful future. The true legacy of the human space program has been the thousands of engineers, scientists, and technicians who were inspired to stay in school and achieve. These are the high-tech dynamos that have driven our technology economy. The challenge of space continues to inspire and drive the next generation. Meeting these challenges will stretch our technology, prove our talent, advance our science and, as with every frontier, evolve new ways of thinking and living together. No other focused effort has delivered and continues to promise so much benefit.

Those who were alive then will vividly recall the shock of watching Sputnik circling overhead. Its persistent beep-beep every 90 minutes was a faint sound, but it rang around the world like a thousand trumpets. It proclaimed to all, see how mighty is the Soviet society that could produce such a great technological leap—and how left behind were other wannabe countries.

But then recall the rebound, the exhilaration, when the United States launched its gleaming metallic Echo balloon, and each night as it passed overhead the citizens of the US could look up and say, “That is ours. We did it. And we can—and will—do more.” And we did. Optimism replaced dispirit, and we reached for the Moon, built the shuttle, and spawned a new generation of private space entrepreneurs.

Leadership in space does translate to influence on Earth. With Sputnik, Echo, Apollo, the Soviet Mir space station, and the shuttle, we learned how much Earthbound watchers developed awe, respect, and then deference to the nations whose tangible symbol flashed by overhead. There is good reason why the space shuttle became a worldwide symbol of America, American ideals, and hope. As with the Vatican, space symbols can influence the direction of history.

When China lands its own astronauts on the Moon, what will be the impact of that achievement, that prowess, on other countries? Likewise, what about when China establishes a permanent lunar base, a symbol proclaiming its greatness, and every night people of the world look up at that orb and are reminded that China has conquered a piece of that world, too? How much more deferent to China, or emulative of China, might they become in political, economic, and cultural matters here on Earth?

That “we can’t afford space” is a myth. Confirmation of space’s economic benefits was found even 30 years ago by the Chapman Research report, which examined just 259 non-space applications of NASA technology during just eight years, 1976 to 1984, and found more than $21.6 billion in sales and benefits, 352,000 (mostly skilled) jobs created or saved, and $355 million in federal corporate income taxes. Other benefits, not quantified in the study, included state corporate income taxes, individual personal income taxes (federal and state) paid by those 352,000 workers, and incalculable benefits resulting from lives saved and an improved quality of life. The 259 applications represented only about one percent of a then estimated 25,000 to 30,000 space program spinoffs.

What happened after building our rockets and satellites—in addition to having gotten what we paid for—was that it inspired scientists and engineers to look at the thousands of specialized components they had produced just for that effort and found new terrestrial applications for them, creating hundreds of new industries and thousands of new jobs that would not have existed but for the focused goal of space exploration and development.

Today, that space economy—the economy that has resulted from investing in space exploration, space infrastructure, and space-based operations—is measured in billions of dollars.

Spiritually, the answers are emphatically the same. History teaches, over and over, that societies that have pushed their frontiers have prospered; those that have not have withered. Space is the next frontier, of both geography and technology. No society has ever gone wrong betting on the frontier.

And what drives that pushing of frontiers are the remembrances and symbols of past achievement. These symbols remind people that that they are capable of accomplishing great feats and that, if they could do it before, they can do it again. Just as Notre Dame and the Vatican remind people that they can do better and be better, so too, though not quite in the same way, our space achievements are a constant reminder that we can do better and as a result, be better. Let us continue.

Jeffrey Liss is a member of the Board of Directors and a former Senior Vice President of the National Space Society. The views expressed are his own and not a position of the Society. This article also appeared in The Space Review.