Third Time’s the Charm: ZBLAN Manufacturing on the ISS 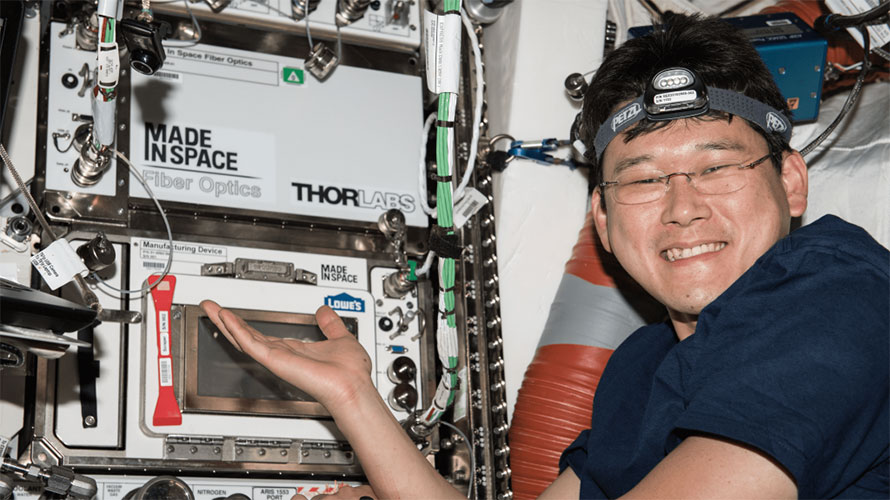 According to sources inside Made in Space, the company is getting ready for the third flight of their ZBLAN fiber optic cable manufacturing machine. The first flight to the ISS established the proper settings for manufacturing ZBLAN fiber optical cable in microgravity. The second flight resulted in the creation of short lengths of cable that fully aligned with the expectation that cables manufactured in space would be of higher quality. The primary goal for the third test is to create a cable several 100 meters long that can be used for dispersion testing. It may be launched by Dragon/SpaceX on CRS-16 December 1st 2018, or potentially on the next Cygnus/Antares flight in November 2018, depending on scheduling conflicts.

In the short term, ZBLAN fiber optic cable manufactured in space will be used by companies and government applications that use short lengths of the cable to generate infra-red lasers. Due to the low dispersion of ZBLAN cables, a given amount of laser power can be created with much less input power. This is especially true for infra-red lasers, as ZBLAN cables operate the best at infra-red frequencies.

ZBLAN fluoride glass was discovered accidentally at the University of Rennes in France in 1975. Currently it is used in applications including spectroscopy, laser power delivery, and fiber lasers/amplifiers. If really long ZBLAN cables can be manufactured in space the “holy grail” application is for undersea cables with no repeaters, which are security risks.