Tomorrow morning, space shuttle Atlantis will be landing, winding up 30 years of the U.S. space shuttle program.
If all goes as planned, STS-135 should touchdown on runway 15 at Kennedy Space Center at approximately 5:56 AM. People in Central Florida should hear its tell-tale sonic boom shortly before that time. Watch this space for further updates as This Space Available will be liveblogging the reentry and landing as it occurs.

5:00 AM update: Watching NASA TV right now. Those following the landing in Central Florida should hear the twin sonic booms approximately three minutes before touchdown at 5:56 AM. Descent can also be followed on Google Earth in real time. Right now, Atlantis is above Australia. According to Mission Control, everything on Atlantis is functioning perfectly.

According to NASA TV, Atlantis has traveled over 126 million miles in its career. That is nothing short of mind-blowing.

5:29 AM: Closed loop banking has commenced to dissipate excess energy during reentry. The orbiter banked 70 degrees. It looked pretty wild on Google Earth.

5:37 AM: Atlantis is now at about 250,000 feet with its wings pointed towards the Earth. Roll reversals are about to commence. These roll reversals are now officially known at this blog as Crazy Ass Joe Engle Maneuvers. (I got you, Joe. We still remember STS 2.)

5:42: Mach 17. Atlantis rolled 62 degrees to the right. Fifteen minutes from touchdown. Watching it on Google Earth has been pretty amazing. 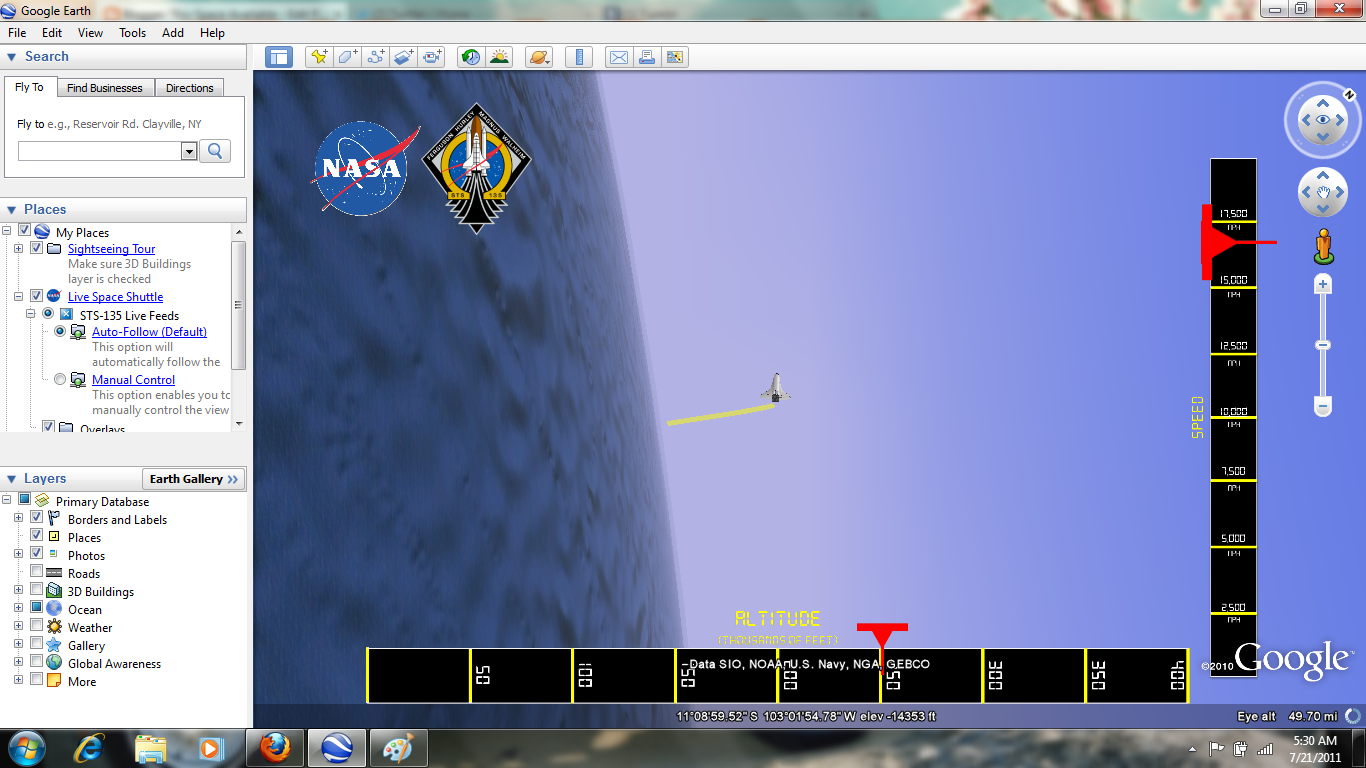 Reentry as seen via Google Earth.

5:48 AM: Nine minutes until the U.S. space shuttle program ends.

5:53 AM: Less than 50,000 feet. Around Mach 1. Three and a half minutes until touchdown. Heard the last sonic booms. Okay, grabbing the Kleenex now.

5:57 AM: Atlantis has touched down for the last time. Thank you NASA for 30 marvelous years. I am speechless.

Me? I’m a tear-stained mess, and it was all worth it. I will put up touchdown pictures later today. 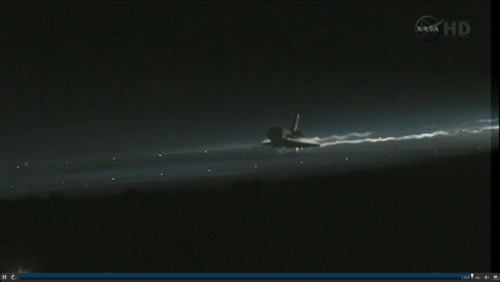