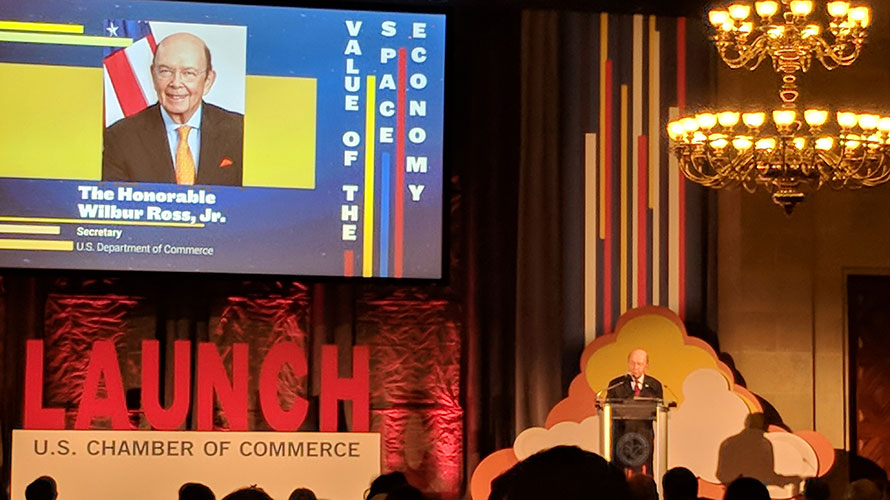 Story and photos by Mark Armstong

The headquarters of the U.S. Chamber of Commerce in downtown Washington DC was the location for a remarkable roundtable discussion in July of issues and developments hosted by the Chamber and the SmallSat Alliance. The program featured presentations by executives from Amazon, Virgin Orbit, Blue Origin and others which together showed how much progress is underway in the commercial space operations. 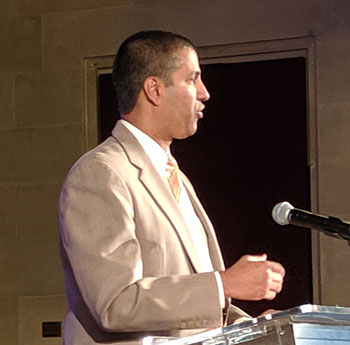 Keynote speaker Ajit Pai, Chairman of the Federal Communications Commission, highlighted the importance of the space sector by stating “Whether they know it or not, all companies will be space companies.” He announced steps to be taken by the FCC to support commercial space, including streamlining approval for small satellites as well as lowering fees, and adding additional FCC staff to address space issues. He spoke with real enthusiasm about the current revolution in space flight that is underway.

Richard DalBello from Virgin Orbit gave a presentation on their air launched vehicle under development, with an expected payload of 300-500kg and planned production schedule of two dozen launchers per year. He stressed that Virgin is promoting the ability to launch a payload quickly and reach a wide range of orbital positions, launching from multiple airports.

The Chamber’s Christian Zur packed the two-hour session with brief presentations that covered a wide range of issues. A panel with Dan Oltrogge addressed space debris, detailing a de-orbit decay mast that would deploy automatically if contact was lost with a satellite, and related the results of the Icarus orbital decay experiment. Matt Scholl, the Chief of Computer Security for the National Institute of Standards and Technology, who briefly discussed upcoming requirements for cryptographic agility, the threat posed by quantum computing, and how today’s encryption will be obsolete in 8-10 years. He pointed to the necessity for space operations to prepare for software or hybrid security provisions rather than hardware based ones. A very sobering presentation.

Also, Chris Herndon described Hawkeye 360’s RF monitoring constellation, designed to geolocate and analyze a wide range of RF signals and transmitters. The intelligence, emergency response, and commercial applications available when the firm’s three swarms of satellites are operational in 2021 seem likely to be a quantum leap.

A presentation by Kalpuk Gude from Swarm discussed the firm’s planned constellation, designed to support low power and data rate links with the internet of things—remote monitors, control systems, and so forth—again reinforced the growing range of applications and services that can be supported by space technology.

Steve Nixon, President of the SmallSat Alliance, concluded with remarks describing the benefits of transitioning to hybrid satellite architecture, describing less emphasis on big juicy targets (GEOSATs) and greater agility through use of LEO constellations. 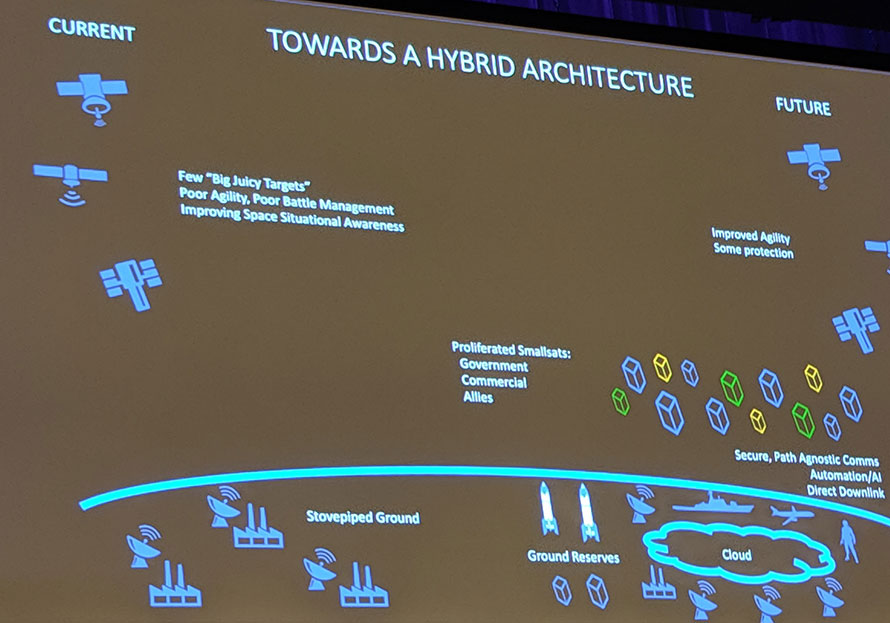 This quick roundtable covered a great deal of information, highlighting the issues around the emerging small satellite element of the space sector and giving a sense for how much growth in space operations is in the pipeline or currently in production and funded. The participation of major firms, the wide range of proposed technologies, and the creative energy of those present was inspiring.

The Chamber’s commitment to encouraging the development of the space sector is a continuing program. This December 3rd the Chamber headquarters in Washington will host the 2nd Annual Space Summit – LAUNCH: The Space Economy. Last December’s event was a full day presentation featuring the administrator of NASA, the Commerce Secretary, the Secretary of the Air Force, NASA and Boeing astronauts, and more. Jim Bridenstine laid out NASAs plans for lunar exploration, Wilbur Ross (photo at top of article) looked forward to the “Trillion dollar space economy.” This year’s Launch summit promises to be equally valuable, providing an overview of new developments in commercial space and more.