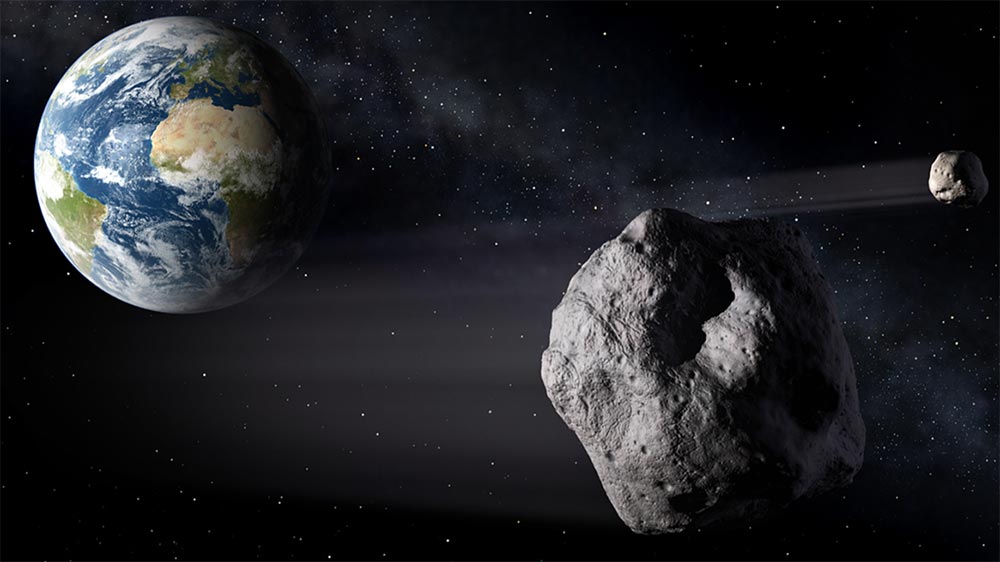 If the dinosaurs had a space program, they would still be here.

As an example of the economic value of space resources, let’s consider the smallest known M-type asteroid, the near-Earth asteroid known as 3554 Amun (two kilometers in diameter): The iron and nickel in Amun have a market value of about $8,000 billion, the cobalt content adds another $6,000 billion, and the platinum-group metals add another $6,000 billion.
— John S. Lewis, Mining the Sky.

There are two things you need to know about asteroids:

There are vast numbers of asteroids in near-Earth orbits, some of which are easier to access than the Moon. The potential mineral wealth of these asteroids is so great that huge profits could be made once we can start mining them for materials to be sold to markets on Earth. Like space solar power, this is one of the potential revenue sources for the large startup costs for the first space settlements.

While early orbital settlements may well be in Earth orbit, eventually humanity will spread out across the solar system. Then asteroids become prime targets for new settlements. Hollowing out a large, solid asteroid and building homes inside has great appeal. Such a settlement will have ample materials in the form of the asteroid itself, and the large mass of the asteroid provides immediate and substantial radiation protection. With a little care radiation levels could be less than on Earth.

Settlement of a large asteroid could start with a relatively small tunnel, providing a home for workers that could be gradually extended over time to build large open spaces and wonderful living areas with a complex geometry, providing endless, safe exploration possibilities for the children.

The vast material resources of the asteroid belt beyond Mars may eventually provide home for the bulk of humanity.