Space 2.0: How Private Spaceflight, a Resurgent NASA, and International Partners are Creating a New Space Age

The wait is over! In the new book just released today, Space 2.0, space historian and Ad Astra editor Rod Pyle, in collaboration with the National Space Society, provides an inside look at the next few decades of spaceflight and long-term plans for exploration, utilization, and settlement. Space 2.0 is the definitive handbook for the new space age.

The National Space Society receives half of the proceeds from sales of this book. In addition, if you use the NSS Amazon link for this book, NSS gets just a bit more and it does not cost you an extra penny.

“Optimistic, but not over-the-top so. Comprehensive, from accurate history to clearly outlined future prospects. Sensitive to the emerging realities of the global space enterprise. Well-written and nicely illustrated. In Space 2.0, Rod Pyle has given us an extremely useful overview of what he calls ‘a new space age.’” —John Logsdon, professor emeritus at Space Policy Institute, George Washington University

“The most exciting developments in the human exploration and development of space in the twenty-first century is the commercialization and internationalization of space access. New firms have emerged to provide cargo and soon human access to the International Space Station, and a broader range of international actors have developed capabilities only dreamed of twenty years ago. Rod Pyle tells this story with verve and style, offering a unique perspective on the second space age, Space 2.0, and its possibilities yet to be realized.” —Roger Launius, former chief historian for NASA

“Space 2.0 offers a grand overview of everything happening in space from JPL’s robots to Elon Musk’s biggest ideas and that is saying a lot! Pyle makes the complex technologies and intractable policy debates behind all this accessible to any reader without dumbing them down. It’s a great read for those who already excited about our new future in space and a must-read for those who do not yet get it. Buy one for yourself and two for loaning to your friends.” —Greg Autry, director of the University of Southern California’s Commercial Spaceflight Initiative, former NASA White House Liaison, and member of the NSS Board of Directors

“For spaceflight fanatics like me, now—the dawn of the Second Age of Space Exploration—is the most exciting time to be alive since the Moon missions of the late 1960s and early ’70s. But this complex new frontier of SpaceX, Virgin Galactic, space tourism, Mars cyclers, and asteroid mining is as different as could be from the Apollo era. In Space 2.0, ace science writer Rod Pyle—an advisor to NASA and the National Space Society—provides an engaging and expertly informed explanation of how we got this far, along with a factual yet inspiring intro to our around-the-corner new adventures in space. Strap yourself in tight. It’s a fascinating ride! Have spacesuit, will travel.” —Geoffrey Notkin, member of the Board of Governors for the National Space Society and Emmy Award-winning host of Meteorite Men and STEM Journals

“Space 2.0 is just the right book at just the right time. This important work not only provides a great historical background on space exploration, but more importantly, it highlights the next steps in the establishment of a deep space economy which includes, resource mining, additive manufacturing, infrastructure development, permanent habitation and eventually settlement. This is a must-read for anyone interested in the future of space exploration and development in the 21st century, and gives excellent suggestions about how you can get involved in Space 2.0.” —Daniel J. Rasky, PhD, chief of the Space Portal Office and senior scientist/engineer at the NASA Ames Research Center

“A clear and enthusiastic account the current and future era in human spaceflight, concise and accurate, yet packed with information. It’s a primer on rocketry and other space-related industries, national and international space programs, key facilities, planetary defense, asteroid mining, bases in space and more. Space 2.0 is a beginner’s must-read for anyone contemplating an investment in the space industry or a career in spaceflight or space policy.” —Stephen P. Maran, author of Astronomy for Dummies and recipient of the NASA Medal for Exceptional Achievements

“As Elon Musk celebrates more than 50 successful launches and a plethora of successful landings of his Falcon rockets and as Jeff Bezos achieves the ninth successful launch and landing of his New Shepard rocket, the space game is about to change. Rapidly. Your indispensable guide to the new space race is Rod Pyle’s Space 2.0.” —Howard Bloom, member of the National Space Society Board of Governors and author of The Lucifer Principle, Global Brain, God Problem, The Muhammad Code, and How I Accidentally Started the Sixties 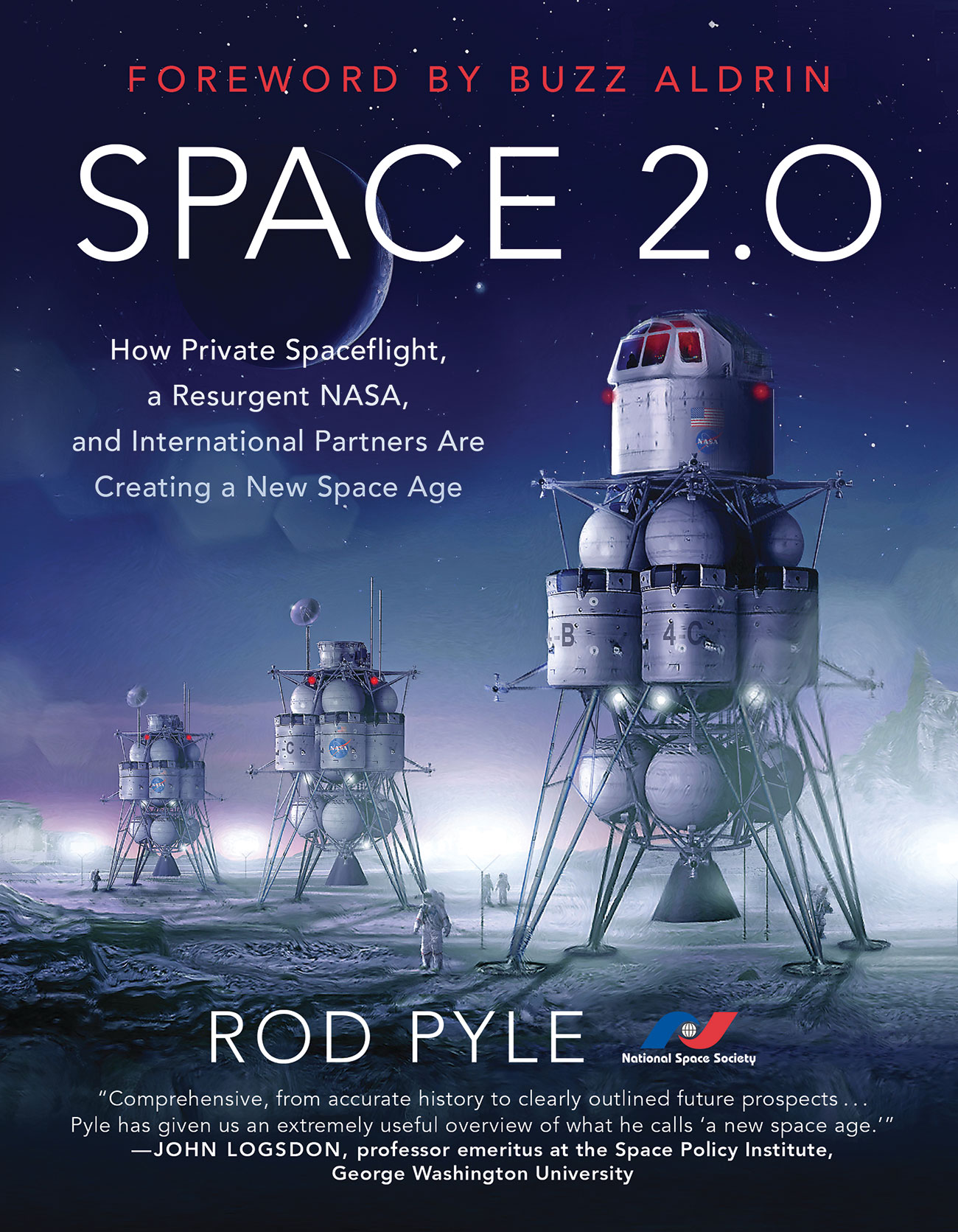 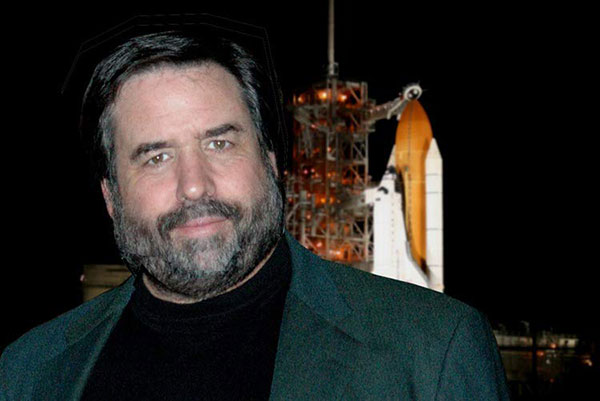 Rod Pyle, editor of Ad Astra, is a space historian who has worked with NASA at the Jet Propulsion Laboratory and the Johnson Space Center. He has written nine books on the history and technology of space exploration and science for major publishers in the US, UK and Asia. As a journalist, Rod’s work has appeared in Space.com, LiveScience.com, The Huffington Post, Popular Science, and many other print and online venues. Rod has also produced documentary programming on spaceflight for The History Channel as well as Discovery Communications. He has written on spaceflight and science for NASA/JPL and Caltech, and authored a guide to executive education for the Johnson Space Center/The Conference Board’s Apollo Leadership Experience. Rod speaks frequently on spaceflight and executive development, and is a frequent radio guest with regular appearances on WGN/Chicago, KFI/Los Angeles and numerous syndicated radio programs. He worked on the TV series Star Trek: Deep Space Nine as a visual effects coordinator for three seasons, and spent a decade at the Griffith Observatory in Los Angeles. Rod is a graduate of Stanford University and the Art Center College of Design in Pasadena, California, and a member of the National Space Society, the Author’s Guild, the National Association of Science Writers and the Producer’s Guild of America.