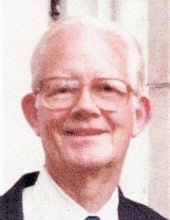 Former member of the National Space Society Board of Governors

Gordon R. Woodcock was a retired Boeing engineer, former President of the L5 Society, and former Chairman of the NSS Executive Committee. He had 59 years experience in aerospace engineering, including over 100 technical papers and articles. He worked for Boeing, NASA, Space America, and Gray Research consulting on flight simulation development, image processing, propulsion, and mission architecture. Mr. Woodcock was president of the L-5 Society when it merged with the National Space Institute to become NSS.

Woodcock’s publications included the books Space Stations & Platforms and Space Exploration: Mission Engineering. Some of Mr. Woodcock’s articles even made it into popular venues: an article from the late 1970s in Analog magazine was later reprinted in a book by Robert Zubrin, in which he briefly discussed his study of the occultation technique. Earlier, in the mid-1970s, while a study manager on future space transporation systems, his work on analysis and design of an occulting spacecraft was included as part of the contractor report. Articles by Mr. Woodcock can be found in Resources of Near Earth Space and Solar Power Satellites, and New Destinies: The Paperback Magazine, Volume VII / Spring 1989, among others.

Woodcock served on several NASA advisory and review committees throughout the latter decades of the 20th century. His accomplishments include: