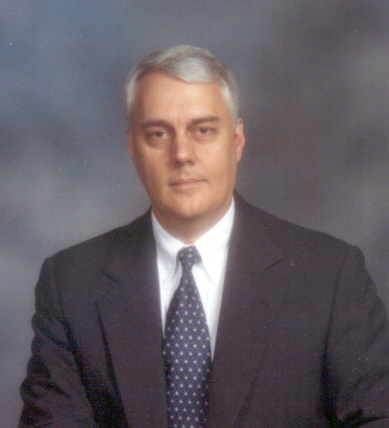 Greg Rucker is a former member of the Board of Directors for the National Space Society (NSS).

Currently the Manager of Underwriting in the Actuarial department of HealthNow, (the parent firm of several BlueCross organizations), Mr. Rucker has previously had profit and loss responsibility for multi-state life, health, dental, and disability insurance programs insured by New York Life, Humana, American Fidelity Assurance, as well as half a dozen other insurance companies. He was employed at Group Underwriters, Inc. from 1982 to 1997 in various roles including Director of Underwriting, with the Union Labor Life Insurance Co. from 1997-2000, and with Aetna, Inc from 2000-2001.

A member of the L-5 Society and NSS continuously since 1983, Mr. Rucker has been an NSS Vice President, chapter president and chapter founder. He was also involved in the re-organization of the present NSS Atlanta chapter in 1994, was awarded the Spacepac Outstanding Service Award in 1995 for political action in Georgia’s 10th Congressional District, and was first elected to the NSS Board of Directors in 1997 as Region 5 representative. Mr. Rucker created the NSS Endowment Fund for the Society in 1998 and implemented the NSS Investment committee. He has also been a member of the strategic planning committee and participated in creating the NSS “Roadmap to Space” (strategic plan).

In 2001, Mr. Rucker proposed a “Dream Book” of projects linked to the NSS “Roadmap.” He has served on various other NSS committees including the Budget Committee, the Nominations Committee, and Executive Director Review Committee. Mr. Rucker recruited the editor for the “NSS Online Report.”

Mr. Rucker has been fascinated by the possibilities of space exploration and settlement since childhood. He holds a B.A. degree in history from the University of Southern Maine and studied mathematics at the University of Georgia. Mr. Rucker has been a pilot since 1985. He has served as Treasurer & Design Committee chair for Main Street, Elberton, GA; Chairman of the Elbert Co. Historical Society; as well as leadership roles in various other civic organizations. Mr. Rucker has previously raised contributions for downtown redevelopment, parks and historic preservation, as well as various other activities.