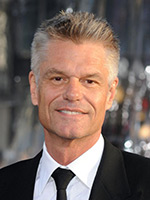 Harry Hamlin is a film and television actor best known for his roles as Michael Kuzak in the television legal drama series L.A. Law and as Perseus in the 1981 fantasy film Clash of the Titans.

Mr. Hamlin is a promoter of fusion energy and a co-founder of Tri Alpha Energy, Inc. and is also a board member of Advanced Physics Corporation.