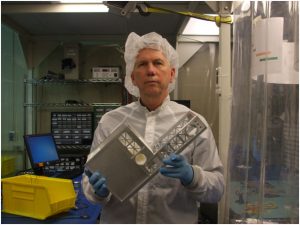 Dr. Dean Larson, a former member of the National Space Society Board of Directors and former chairman of the NSS Projects Committee, is an advisor and NSS liaison to the Cislunar Explorers project. The goals of this project are to demonstrate the use of hydrogen and oxygen, sourced from electrolyzed water, as propellant, and to demonstrate the use of a novel optical navigation system totally independent from NASA’s deep space network. Both of these technologies will be exclusively used to put two identical Cislunar Explorers spacecraft into lunar orbit. Both spacecraft are currently manifested on the next launch of the Space Launch System (SLS).

As one example, he was the technical lead on a congressionally mandated study of the costs, risks, and benefits of human spaceflight. Working with top NASA management and several NASA centers, his group examined three reference missions: a 100-meter-deep drilling mission to Mars, an exploration mission to the Lunar South Pole, and the construction of a large space-science telescope at a Lagrange point. In addition to costs, risks, and benefits, the study helped determine the tasks associated with each mission that should be done by humans and those more appropriately done by robots.

Dr. Larson has taken advantage of living close to Washington, D.C. in order to visit Capitol Hill frequently to support various space causes. As an example, he wrote an editorial (Mining Asteroids and Exploiting the New Space Economy) published in the Wall Street Journal supporting language establishing asteroid mineral rights. He followed this up with visits to the Hill to lobby for these rights. Although it is impossible to determine how effective this modest effort was, the enacted Public Law 114-90, the U.S. Commercial Space Launch Competitiveness Act of 2015, includes language similar to that supported by his WSJ article. The new law addresses mineral rights in space and removes a major area of uncertainty in the development of manufacturing capabilities in space.

As a member of the NSS Board of Directors, Dr. Larson sees NSS as playing a key role in enabling and facilitating the development of the new space economy. To this end, he is working toward policies that will encourage the development of infrastructure that will allow and support space development. He is actively looking for impediments to space development, like the lack of legal clarity on the ownership of mineral rights. The idea is to find these impediments, whether they be legal, technological, or regulatory, and address them either by using NSS resources, or by collaborating with other organizations, or both.

Below is a photo of Dean Holding the structure of one of the Cislunar Explorer spacecraft. 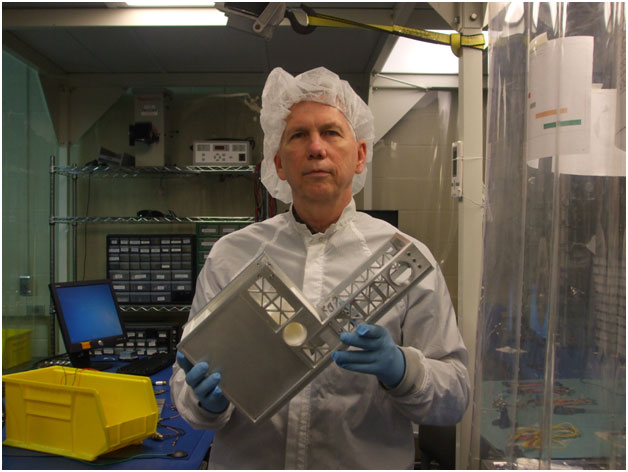