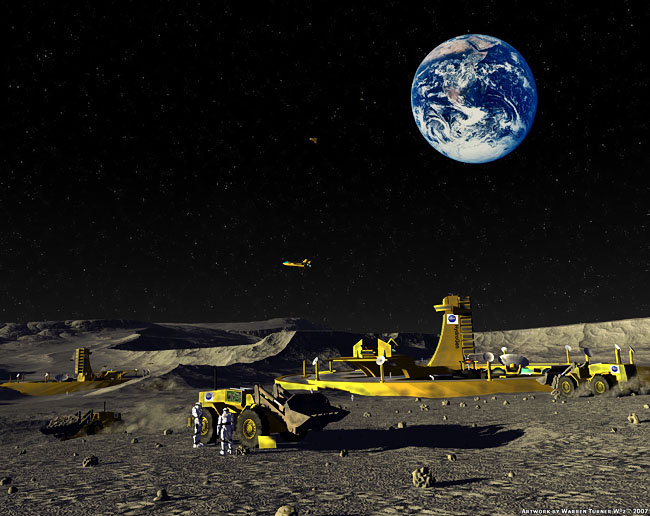 Description: NASA announced in 2006 about its centennial awards for refining moon ore for oxygen, creating excavators & finally about shipping. All are pre-requisites NASA believes are required for any settlements being in place. Here engineers in redefined suits to combat the dust particles look at what has happened to one of the automated diggers that collect the ore which is processed at the “HydroGen” facility. Spare parts and engineers are flown in to maintain the activities on the Moon’s surface.