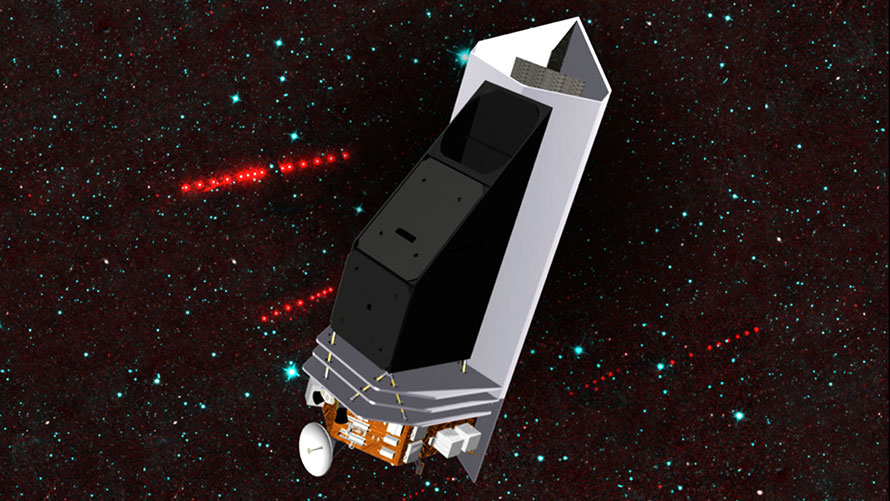 The National Space Society (NSS) applauds NASA Administrator Jim Bridenstine’s April 29th endorsement of building and operating an orbiting infrared telescope, NEOCam, to detect and track Near Earth Objects (NEOs). NEOs are objects that approach or cross the Earth’s orbit and are best detected outside of the Earth’s atmosphere using the infrared electromagnetic spectrum. His endorsement came during the Planetary Defense Conference in College Park, Maryland organized by the International Academy of Astronautics.

NEOs are a significant threat. In 2013 a 20-meter object disintegrated over Chelyabinsk, Russia. The shock wave sent 1,500 people to seek medical treatment and damaged or destroyed many buildings. A NEO exploded over Tunguska, Siberia in 1908, leveling trees throughout an area the size of Washington, D.C. Around 66 million years ago, an asteroid about 10 km across struck the edge of the Yucatan Peninsula causing a massive extinction event that wiped out the dinosaurs.

NSS, the Planetary Society, and other organizations have been actively urging full funding for the NEOCam mission to substantially reduce the threat. Addressing space advocacy concerns, Arizona Senator Kyrsten Sinema raised the issue of funding NEOCam with Administrator Bridenstine during a March 13 hearing, The New Space Race: Ensuring U.S. Global Leadership on the Final Frontier.

Chair of the NSS Executive Committee Dale Skran recently explained: “NEOs that cross Earth’s orbit are particularly dangerous, and we have long campaigned for a mission capable of spotting and tracking them before they hit Earth. In fact, our Policy Committee issued a position paper in 2014 recommending that NEOCam be fully funded for that purpose.” (See https://space.nss.org/wp-content/uploads/NSS-Position-Paper-Planetary-Defense-2014.pdf)

NSS Senior VP and Operating Officer Bruce Pittman further explained that “Currently, NEOCam has been funded for an extended Phase A study, which means that initial work is progressing, but it has not been approved for development.” Mainzer and NASA’s Planetary Defense Officer Lindley Johnson estimate the life-cycle cost of the NEOCam mission to be $500-600 million. NSS Executive Vice President Alfred Anzaldua commented, “That’s a substantial cost but lives are at stake. A 140-meter diameter asteroid or comet could kill millions of people. We need to find all the potentially hazardous NEOs so that we can deflect them away from Earth’s orbit.”