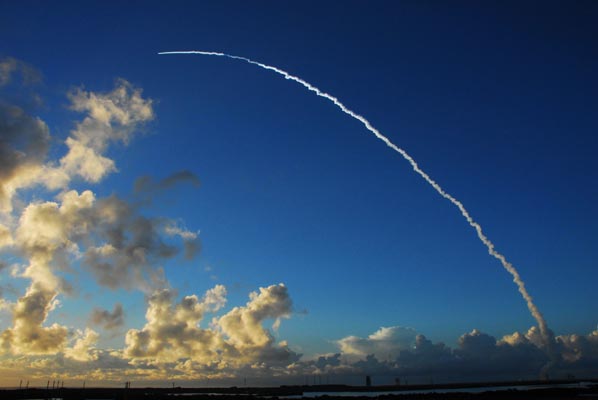 Testing a new ion thruster in uncharted space may be the main mission, but observers see potential beyond just exploring the Asteroid Belt.

The asteroids may be minor planets, but they are often thought of as only barren rocks tumbling
around the Sun. But soon scientists hope asteroids will be seen for what they really are: worlds that, like their larger brethren, could one day help support life.

NASA’s Dawn spacecraft will venture to the largest bodies in the asteroid belt. It may not only find organic compounds—the basis, perhaps, for crops in space—but even perhaps oceans of liquid water.

Although NASA’s Deep Space 1 probe did test an ion thruster and other technologies, Dawn will be NASA’s first pure science mission with a spacecraft propelled by ion engines. Dawn will explore Vesta, which accounts for about one tenth of the mass of all the solar
system’s asteroids, and Ceres, which was recently classified a dwarf planet and is three times Vesta’s mass.

The spacecraft packs a camera and visible infrared gamma ray and neutron spectrometers, and will circle Ceres and Vesta in polar orbits to map them completely. The data it returns could shed light on which raw materials are needed to make life-bearing planets such as Earth.

“In many ways, the asteroid belt is the leftovers from the Lego set used to build planets like Earth, Venus, Mars and Mercury,” said the Dawn mission’s principal investigator, Christopher Russell. “So we can take a deeper look at Ceres and Vesta and ask, ‘Do we need, say, three Vestas and two Ceres to make an Earth, or seven Ceres and two Vestas?’ and so on.”

Although telescope observations suggest Vesta is very dry, “Ceres looks as if it might have lots of water at the present time, in a layer maybe 56 miles (90 kilometers) thick, which might be fairly easy for a settlement or landing ship to tap into,” Russell said. “Water, of course, is really, really important to any ideas of human exploration.”

The water on Ceres is likely hidden under a layer of fine, silty dust 3 feet (1 meter) or more deep. “The water probably exists as a thick ice crust, that people could probably walk around or live on,” Russell said.

Still, “there might even be water in liquid form, below the ice crust,” Russell added. If Dawn is extraordinarily lucky, it might get to see water explode in a plume from Ceres. More likely, “we will see some evidence of ancient ice exposed in a crater by an impact, ice that left a trace of hydrogen in that soil,” Russell said.

Ceres also looks as if it is coated with dark, carbon-heavy compounds—possibly the kind of organic chemicals found in the “pre-biotic” soup from which life emerged on Earth. While Dawn does not have instruments that can determine the precise composition of these compounds, “whatever their composition, they have very interesting implications for space settlement,” said planetary scientist John Lewis, now retired from the University of Arizona at Tucson.

“It’s not really a problem to find sufficient metals to build habitats out in the asteroid belt, but the key ingredients for permanent settlements are carbon, hydrogen, oxygen and nitrogen,” Lewis explained. “Ceres could be high in nitrogen, which would be very attractive. You need nitrogen to fill up an atmosphere for a habitat—we’ve known about the hazards of an atmosphere that has nothing but oxygen since the Apollo fire,” he said, which claimed the lives of astronauts Gus Grissom, Ed White and Roger Chaffee in 1967.

“Nitrogen is also essential for agriculture, for making amino acids and bases,” Lewis added. “Nitrogen will likely be one of the limiting factors for space colonization.”

One key technology Russell wished Dawn had is a magnetometer, which could have probed magnetic fields. If Ceres possesses hidden water, water ice and liquid water each would have very different effects on Ceres’ magnetic field, “so we could have told whether or not Ceres had water oceans beneath its surface,” Russell explained. “And if Vesta has a strong magnetic field, that could help shield it from particles driven by the solar wind and help explain why it has such a high albedo, why its about three times as bright as the Moon.”

“A magnetometer would have been very, very, very helpful,” Russell said. “I’ve made much of my reputation in science on building and flying magnetometers. I really rue the day we removed the magnetometer from our manifest.”

Still, the advanced technology Dawn is using to venture out to the asteroid belt—its three ion propulsion engines—could one day help humanity settle the solar system, Russell said. The system electrically accelerates ions from xenon fuel to a speed 10 times that of chemical engines.

The maximum thrust each engine produces is slight—91 millinewtons, or roughly the amount of force involved in holding a single piece of notebook paper in your hand. Still over the course of the mission the total change in velocity from ion propulsion will be comparable to that provided by the Delta II rocket that carried Dawn into space—all nine solid-fuel boosters, plus Delta’s first, second and third stages. This is because the ion propulsion system will operate for years, instead of the minutes during which the Delta performs.

“The ion propulsion system can go 10 times as far with your fuel as chemical rockets,” Russell explained. “If humanity does go out and set up a colony someplace, you’ll need to carry a whole lot around the solar system. Ion propulsion engines could prove to be the workhorse that carries such programs forward.” 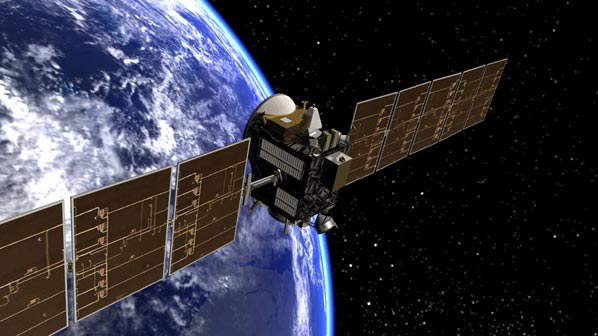 Charles Q. Choi has written for Scientific American, The New York Times, and Science magazine, among many others. He has ventured to each of the seven continents but currently lives in New York.