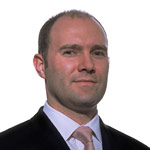 Mr. Anderson is a lifelong entrepreneur with a history of successfully introducing innovative products and services into new markets.  He is most well-known for pioneering the development of the space tourism industry as the co-founder and Chairman of Space Adventures, Ltd.  At Space Adventures, Mr. Anderson has been responsible for all of the spaceflights by self-funded commercial space explorers, launching more astronauts into space than 99 percent of the nations on Earth, and he has sold nearly $500 million in spaceflight missions.

Mr. Anderson served as the CEO of Intentional Software Corporation, where he and his business partner, Dr. Charles Simonyi, Ph.D., have developed the “Intentional Knowledge Workbench” technology whose unique capabilities include drastically reducing the cost of encoding, processing, and utilizing knowledge. The Intentional Knowledge Workbench reduces costs & error incidences, accelerates innovation, and saves time in the development of software applications and other digital work products.

Mr. Anderson also served as Co-Founder and Co-Chairman of Planetary Resources, Inc., a company that plans to revolutionize current space exploration and help ensure humanity’s prosperity for generations to come.  Planetary Resources is bringing the natural resources of space within humanity’s economic sphere of influence.

Mr. Anderson is also a co-founder of Planetary Power Inc., a renewable energy company created to help satisfy the ever-increasing energy needs of our world in the 21st century. Planetary Power’s unique technology enables highly-reliable, low-cost access to the Earth’s most plentiful source of energy — the Sun. As Chairman of Planetary Power, Mr. Anderson hopes to assist in bringing access to affordable, reliable and clean energy to the global population.

Mr. Anderson’s philanthropic efforts are focused on the Planetary Security Foundation, an organization dedicated to informing and educating the public about nuclear weapons, the greatest risk facing humanity’s future, and developing strategies for how that risk can be eliminated.

He is a Board Member of the X PRIZE Foundation and the Koshka Foundation, and he also serves as the Chairman of the Commercial Spaceflight Federation.

Mr. Anderson has been an active member of the Young Presidents Organization and in 2008, he was chosen by the World Economic Forum (Davos) as a member of the Forum of Young Global Leaders.