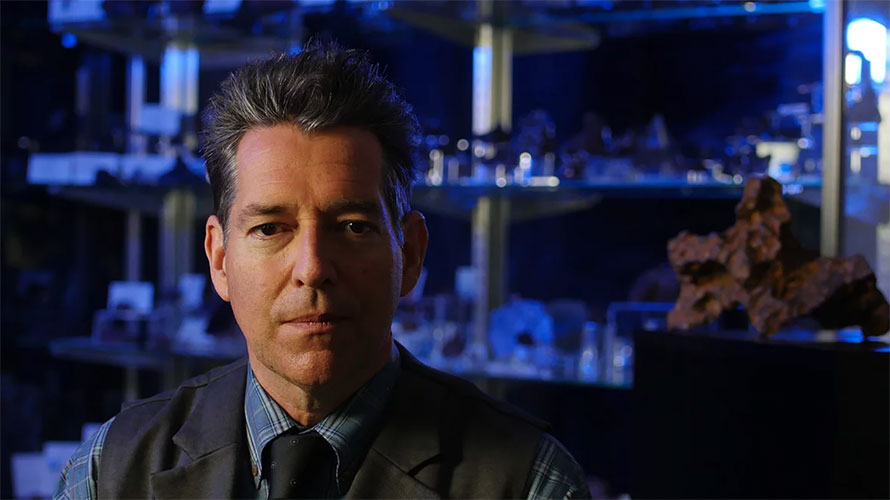 Geoffrey Notkin starred in three seasons of the multi award-winning television adventure series Meteorite Men for Discovery networks and two seasons of STEM Journals, for which he received two Emmy Awards. He has also appeared in shows for Nat Geo, History Channel, Travel Channel, TLC, PBS, A&E, NASA, and the BBC. Notkin is an author, world traveler, TEDx speaker, Edinburgh Fringe Festival performer, and CEO of Aerolite Meteorites, Inc. He has appeared on Coast to Coast, Fox News, Varney & Co., and the Today show, and has been interviewed by The BBC World Service, The Washington Post, The Huffington Post, Associated Press, Reuters, and Universe Today, among others. A television and film producer, his credits include Revenge of Zoe, Philip K. Dick’s Radio Free Albemuth, and the documentaries Neil Gaiman: Dream Dangerously, and First to the Moon: The Story of Apollo 8.

Notkin has published hundreds of articles on meteorite science, paleontology, astronomy, adventure travel, and the arts, with his work appearing in National Geographic, Smithsonian, Astronomy, Sky & Telescope, USA Today, Wired, Reader’s Digest, and many other publications. He is the author of three books including the award-winning Meteorite Hunting: How To Find Treasure From Space. His spaceflight and tech column, “Throwing Pebbles at the Sky,” is exclusive to the National Space Society magazine, Ad Astra.

An authority on meteorites, Notkin has worked with many of the world’s leading institutions, including The American Museum of Natural History, New York; The Natural History Museum, London; and the Vienna Museum of Natural History. He is a member of The Explorer’s Club, is on the Board of Governors of the National Space Society, the Advisory Board of Deep Space Industries, and the Board of Directors of the Astrosociology Research Institute. The minor planet 132904, discovered at Mount Palomar, was officially named “Notkin” by the Minor Planet Center in recognition of his contributions to science and education.

By the age of seven Notkin was already an avid rock hound, fossil collector, and amateur astronomer. “I was amazed that you could see other worlds through a telescope from an English garden,” he states, recalling his childhood. “The epiphany came at London’s Geological Museum. In the Hall of Meteorites I realized that the study of meteorites is the perfect combination of geology and astronomy. I have been hooked ever since.”

Adventuring has taken Notkin to over fifty countries and some of our planet’s most remote and challenging environments, including northern Siberia, Chile’s Atacama Desert, the Australian Outback, the Sahara, and he has three times crossed the Arctic Circle. Born on 14th street in Manhattan and raised in London, England, Notkin studied in London, Boston and New York and now resides in the Sonoran Desert of Arizona.

Photo by Christian B. Meza.