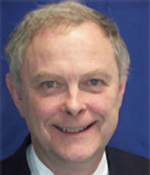 Dr. Michael K. Simpson is Executive Director of the Secure World Foundation and former President of the International Space University (ISU). He has also been President of Utica College and the American University of Paris with a combined total of 22 years of experience as an academic chief executive officer. He currently holds an appointment as Professor of Space Policy and International Law at ISU.

After graduating from Fordham University, Simpson accepted a commission as an officer in the U.S. Navy, retiring from the Naval Reserve in 1993 with the rank of Commander. His naval experience included service as a Political-Military Action Officer at US European Command in Stuttgart, Germany. He completed his Ph.D. at Tufts University, The Fletcher School of Law and Diplomacy, holds a Master of Business Administration from Syracuse University; and two Master of Arts degrees from The Fletcher School. He has also completed two one-year courses in Europe: the French advanced defense institute (Institut des Hautes Études de Défense Nationale) and the General Course of the London School of Economics.

He is a member of the International Academy of Astronautics, a member of the International Institute of Space Law and a Senior Fellow of the International Institute of Space Commerce. He is the author of numerous scholarly papers, presentations, articles and book contributions. His practical experience includes service as an observer representative to the UN Committee on the Peaceful Uses of Outer Space, participating organization representative to the Group on Earth Observations, and the Executive Committee and Board of Directors of the World Space Week Association. He joined the Board of Governors of the National Space Society in 2005.