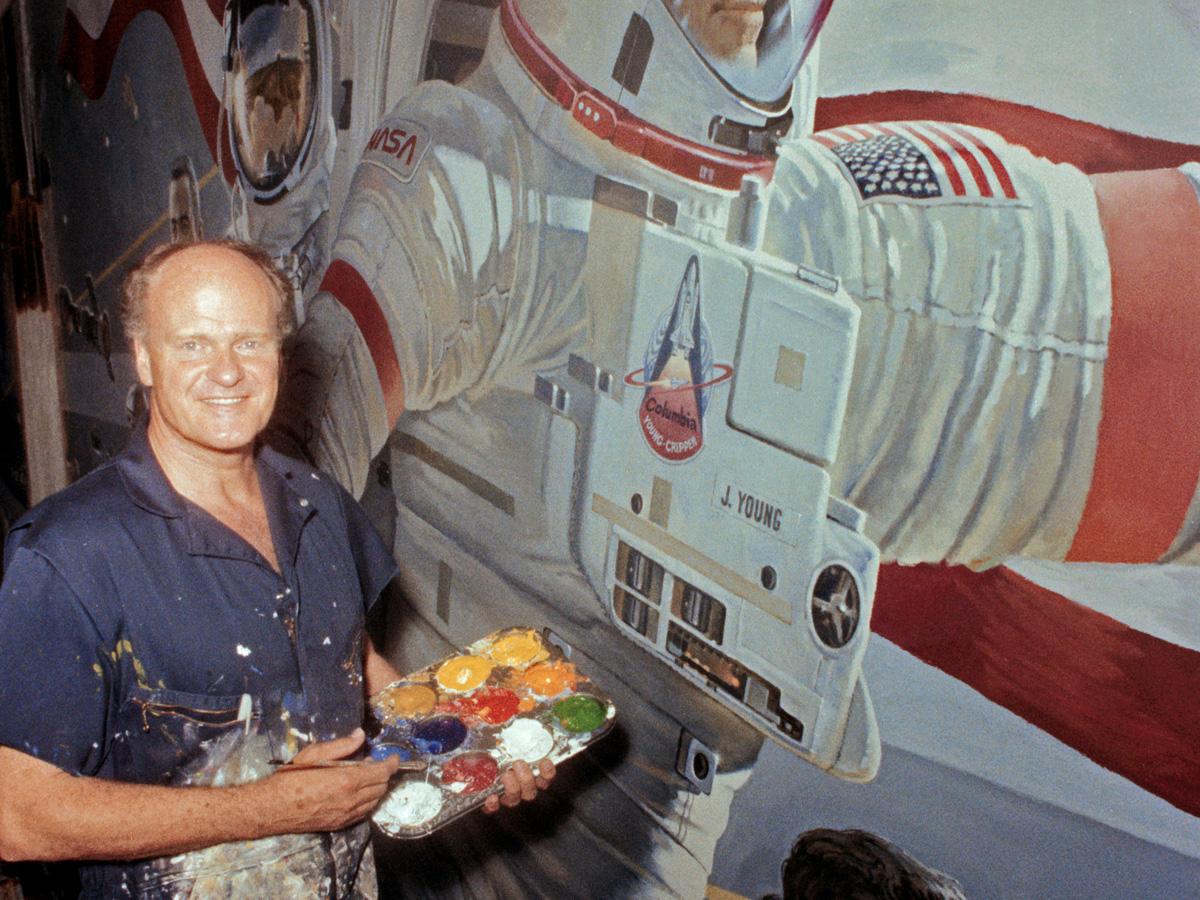 You will find Robert McCall’s views of space — past, present, and future — spanning the entry hall of the Smithsonian’s Air and Space Museum (where his vast mural depicting man’s conquest of the Moon covers an entire wall on the Museum’s main floor), in old movie posters for 2001: A Space Odyssey, and in a two-decade-long series of postage stamps depicting space themes. An art school graduate from Columbus, Ohio, with a lifelong fascination of things that fly, McCall has illustrated the reality and the dreams of the space age since it all began in the 1950s.

Prominently displayed outside the NASA Administrator’s door is a McCall “Mars-scape” depicting astronauts at work on the red planet. It is vintage McCall. The machinery is intriguing and detailed, the spacefarers seems as if they are part of a heraldic pageant (as a boy, he had fascination with drawing knights in shining armor), and the terrain is rugged and sweeping.

The mountains are reminiscent of the range that lay outside McCall’s picture window in his studio at his home in Arizona. When visitors passed through the antique Mexican doors into the courtyard of McCall’s home they were greeted by the other artist in residence: Bob’s wife of more than 50 years, Louise.

The collaboration they were most proud of is at their church (Valley Presbyterian), where they designed the stained-glass windows. With a rising sun, a constellation of stars, and planets and heavenly symbolism wrapping around above, the McCalls’ beautiful glass tells a story of faith, hope, and optimism.

Famous for his large murals, Robert was the creator of the Tour of the Universe Mural at the Challenger Space Center in Peoria, Arizona. The mural is six-stories high, encircling the entire interior rotunda of the main floor of the building. Utilizing 27,000 square feet of canvas, this phenomenal piece of artistry took six months to complete and is believed to be the largest mural in Arizona.

In 2007, McCall donated more than 200 of his art works to the University of Arizona Museum of Art.