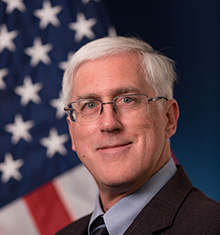 Dr. Trimberger holds a Ph.D. degree in computer science from California Institute of Technology and has 35 years experience in the semiconductor industry with over 230 patents. He is Founder and President of the Trimberger Family Foundation, supporting science and technology. From 1988 until 2017, he was employed at Xilinx, rising to the position of Xilinx Fellow, heading the Circuits and Architectures Group in Xilinx Research Labs. After his retirement from Xilinx, he served as a program manager at DARPA.

He is a Fellow of the Association for Computing Machinery (ACM), a Fellow of the Institute of Electrical and Electronic Engineers (IEEE), and a member of the U.S. National Academy of Engineering. He has authored five books and dozens of papers in refereed journals and conference proceedings.

He has been an NSS/L5 Society member since 1975. Like many NSS members, his interest in human presence in space was born from the 1960s Moon race. In college, he met Gerard K. O’Neill and heard his ideas firsthand, and joined the L5 Society shortly thereafter. At Caltech, he joined Eugene Shoemaker’s project searching for near-Earth asteroids: those that could pose a threat to life on Earth, but also those that are the most cost-effective mining targets. As a result, there is an asteroid named 2990 Trimberger.