The National Space Society has provided awards up to $10,000 for scholarships to the International Space University (ISU). ISU is the international, intercultural, interdisciplinary institution founded to develop young space leaders. Based in Strasbourg, France, ISU holds its annual summer program in a different location each year. Below is information on the winners from 2006-2008. 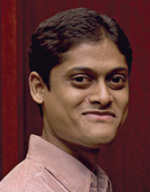 Jaganath Sankaran has an engineering undergraduate degree and four years of work experience at India’s national aerospace research laboratories. He is now a graduate student at the University of Maryland’s Master of Engineering and Public Policy program. His concentration in the program is in international security and economic policy with a focus on space weapons policy. Sankaran expects to graduate from his master’s program into a doctorate in public policy at the University of Maryland.

Given his multidimensional interest in international security and space policy, the ISU summer sessions program is an ideal fit for him. He intends to benefi t immensely from participation in the 2008 ISU summer session and from the NSS scholarship that has enabled his attendance at the program. “I would… endeavor to maximize on the opportunities that the summer school provides, like the possibility of designing and flying a sounding rocket or the possibility of working in a neutral buoyancy lab. These are rare learning experiences that would enrich my engineering knowledge,” Sankaran writes.

ankaran’s interest in space weapons and international space cooperation stems from his experience at India’s defense laboratories where he was able to observe fi rst-hand the means by which national aerospace policies are formulated and ways in which they are influenced by national defense policies. In his future career, Sankaran intends to work with international organizations that deal with international security policies before returning to India to work with the government there. 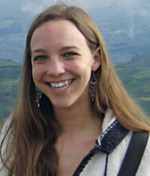 Mariel John has been involved in various aspects of the space industry throughout her undergraduate and graduate education, and is excited to take part in the multidisciplinary educational opportunity offered by ISU. John is currently pursuing a master’s degree at George Washington University in international science and technology policy, with a concentration in space policy. She earned a bachelor’s degree in aerospace engineering from Massachusetts Institute of Technology (MIT) and has worked as a systems engineer at Raytheon Integrated Defense Systems for approximately two years.

In 2003, John worked in the MIT Man-Vehicle lab, focusing on advanced space suit design and materials research. In 2004, she worked at the NASA Headquarters Office of Physical and Biological Research, resulting in a published paper on NASA research policies. In 2006, she worked with a team of students at MIT on the design of a Mars rover. Most recently, she has done research on space weather and is currently completing a report on its effects on aviation and space systems. She is also working with the Space Operations Mission Directorate at NASA Headquarters, researching and writing about benefits of the International Space Station.

John is also interested in the international aspect of studying at ISU. During her undergraduate education, John studied abroad in Cambridge, England for one year and completed a minor in applied international studies. She has also spent a summer living in India and a month living in Zambia. John continues to manage an organization that helps students get involved in engineering for sustainable development in rural India.

John writes, “I believe that I could bring a lot to the ISU program. My background is multidisciplinary, allowing me to bridge the gap between technical issues, policy, and programmatic issues such as cost and schedule…. I understand the benefit of learning from people whose expertise is different from you — whether because of their academic studies, industry experience, or cultural background. I believe that this openness and willingness to learn will allow me to get the full benefit of the program.” 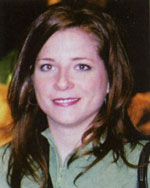 Karina Drees is an outstanding young leader who is training for a career in the new space industry. Drees’ interest in entrepreneurship led her to pursue an M.B.A. at MIT’s Sloan School of Management, where she was the cofounder of the MIT Astropreneurs Club. At MIT, she met Dr. Peter H. Diamandis, the founder of the Ansari X Prize and a longtime member of NSS. Dr. Diamandis became a personal role model for Drees. Having tracked the X Prize progress, she became inspired by Diamandis’ belief that following one’s passion is essential in building a fulfilling career. With a goal of becoming an expert in space management, Drees has dedicated her career to helping the industry flourish.

Drees writes, “ISU’s renowned summer session program will be instrumental to my career in space management. The educational curriculum and project focus will provide me with the tools necessary to understand the needs of the space industry and further enhance my ability to support space entrepreneurs and eventually become one.”

Earlier this year, Drees worked with Stuart Witt, the Mojave Air and Space Port’s general manager, to develop an “access to space” action plan for the next generation of space transportation vehicles. Thus far, this project is proving to be essential to future space businesses, as many regulations and procedures in this area currently do not exist. 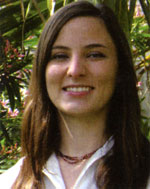 Amanda Stiles is a powerhouse who is committed to space exploration. Already she has been a leader in the Houston space community, leading a Space Day education event and running the local Yuri’s Night space celebration. During her college years she started the Students for the Exploration and Development of Space (SEDS) chapter at the University of Washington, and developed technical concepts for a lunar sample return from the South Pole-Aitken Basin.

Stiles writes, “My passion for space and public outreach first began to emerge during my studies at the University of Washington, particularly through my involvement with SEDS. After earning my degree in aerospace engineering from UW, I began work as a shuttle spaceflight trainer at the NASA Johnson Space Center, in Houston, where I have continued to work for the last two years. During my time in Houston, I have been involved in several space organizations dedicated to teaching the public about space, including the National Space Society and Yuri’s Night.”

“I look forward to attending ISU to further my education and to begin creating a global network of people with whom I can work to develop new ideas for public outreach and advancements in space exploration,” Stiles continues. “I am very grateful to the National Space Society for their continuous support of young people in space, and for providing an opportunity for me to attend ISU and reach my goals.” 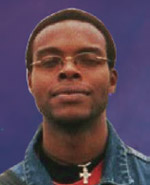 Marc Cornwall is a 23 year old Jamaican who became interested in space during his high school years at Meadowbrook High, in Kingston, Jamaica. Marc was the only student of his Physics class to choose the Astrophysics option for his A Level Physics exam — “this is somewhat reflective of the general interest in space displayed by the Jamaican populace,” said Marc. Marc’s long-term aim is to help in promoting space science education in the Caribbean, given the important space applications such as the study of weather phenomena like hurricanes and economic ventures such as agriculture. “My hope is that my ISU experience will put me in a position to enter a leading space organization from which I can further chart my path (hopefully in the engineering of spacecraft systems), and hence humanity’s path to the planets and beyond,” stated Marc. 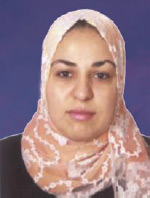 Nabila Ibrahim Abd-El Hamed, a Geographic Information System specialist who was born in Cairo, Egypt, has always dreamed of working in the space sector. “ISU is the best place to achieve my space dreams and gain high level knowledge of the space industry,” said Nabila. “ISU seeks to teach its students knowledge of all space fields, with the best teachers from all over the world. The work environment is open, encouraging young people to take on team leadership positions. Intercultural nights of different countries foster respect and provide the basis for working together as one team. Finally, the alumni network of ISU is unrivalled.” Nabila is a pioneering young woman who will serve as an ambassador of space to the Middle East. 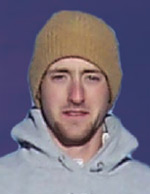 Kirk Kittell was raised in Lewistown, Illinois. In 2006, Kirk completed his masters degree in Aerospace Engineering at the University of Illinois at Urbana-Champaign. He became interested in ISU through participating in Students for the Exploration and Development of Space, in which he directed the 2005 SEDS-USA National Conference. “I want to go to ISU to get an international education,” said Kirk. “I want to expand my personal community to include other people who are interested in working across borders and after doing this, I want to use my experiences as an ISU alumnus and my position as a young adult to bridge the gap between generations in the space industry.” Kirk is a promising young leader who will bring much to the space advocacy community.