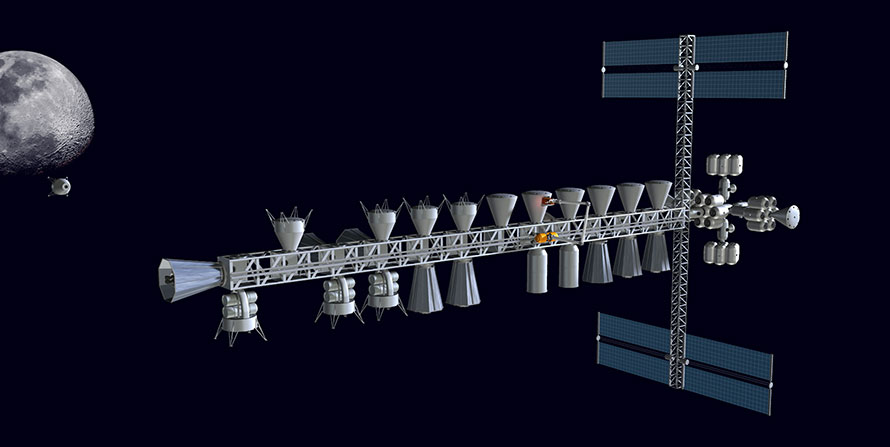 Logistics base at L1 with habitat modules (right) and multiple docking ports for vehicles and propellant depots. Image: [email protected]

In addition to Earth-to-orbit launch systems, the creation of transportation systems and infrastructure in “cislunar space,” i.e., the space between the Earth and the Moon, resulting in regular commerce in cislunar space. Cislunar space is considered to include all space near and within the Moon’s orbit, including low Earth orbit, any lunar orbits, the lunar surface and the five Earth-Moon Lagrangian points.

As with sustainable Earth-to-orbit launch costs, primary keys to the development of cislunar space will be both reducing the cost of cislunar transportation and infrastructure to affordable levels and having enough of a lunar presence — i.e., enough people and enough cargo traversing cislunar space to reasonably amortize or justify the costs.  To be significant enough, that lunar presence will almost certainly involve lunar surface operations and probably a permanent lunar presence, but a regular supply of tourists and scientists journeying just to lunar orbit and back may be a sufficient catalyst. The Moon probably has substantial water reserves in the surface deposits of cryogenic volatiles at its poles. Some of this water could be used to create rocket fuel for base operations and refueling in space.

Even if cislunar infrastructures were initially sponsored or run by governments, cislunar operations and on-board personnel increasingly may come from an ever more skilled private sector.

The transportation systems and infrastructure developed for cislunar operations, especially if integrated with each other, will prove applicable to other in-space operations anywhere in the solar system and can provide material support, such as propellant, for such operations. 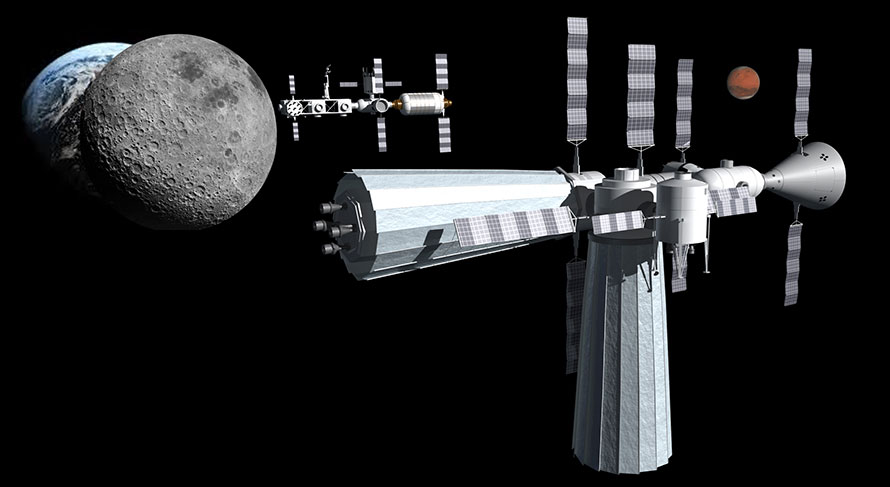 Logistics base and propellant depot at L2. Image: [email protected]

This milestone can be considered achieved when regularly scheduled transfers of crew, cargo or propellant occur between three or more points in cislunar space.