Orbiters and robotic landers to determine the nature and extent of lunar ice, volatile deposits and other lunar resources, and to provide the information necessary to guide the choice of the best sites for a lunar outpost and/or a lunar mining base. 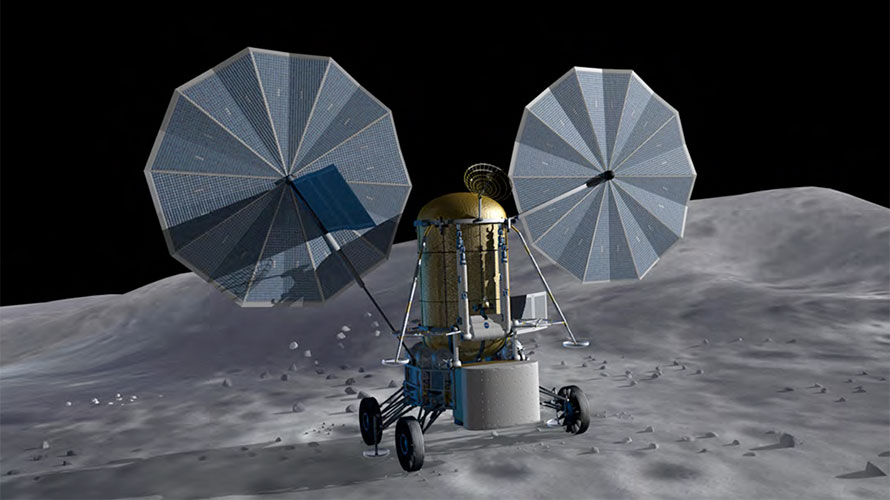 The Apollo missions chose landing sites primarily on the basis of safety on landing and then on the basis of general scientific interest to learn about the history and composition of the Moon. Future lunar robotic missions should emphasize discovering what lunar resources can best be utilized for human benefit. Sites for future lunar outposts and bases will probably be determined by the findings of those robotic missions.

Water and Lunar Volatiles. Robotic probes from several countries have determined that water and other valuable volatile elements are present in significant percentages in lunar soil in four volatile deposit zones (near the current and previous lunar pole locations), notably in deep, permanently shadowed craters. The pole positions were probably shifted by an asteroid collision at some time in the past, and the previous polar locations are a few degrees away from the current ones. We need to know what volatiles are present at each location, and how extensive and deeply buried they are. Knowing the proportion of the deposits consisting of water ice will be crucial to understanding their availability to make rocket fuel and breathing oxygen and to provide other support for human habitation. Every kilogram of water that does not need to be imported from Earth or other locations represents a significant step toward self-sufficiency and immensely eases the logistical requirements for supporting humans on the Moon. Thus, this knowledge about lunar volatiles will provide the basis for designing all subsequent lunar habitats.

Non-Volatile Resources. Other major resources on the Moon include oxygen, silicon, titanium, iron, magnesium, aluminum and calcium. Most of these resources are mixed into the regolith. Concentrations change significantly from highland to mare sites, but these minerals can be found essentially at any location on the Moon.

Delay/lack of commitment for lunar orbiter and rover missions which could characterize and verify the location, depth, thickness and concentration level of ice, volatile deposits, and other resources.

This milestone can be considered achieved when enough data, including the locations of water deposits and other resources, have been gathered to intelligently pick one or more lunar sites for outposts and/or bases.