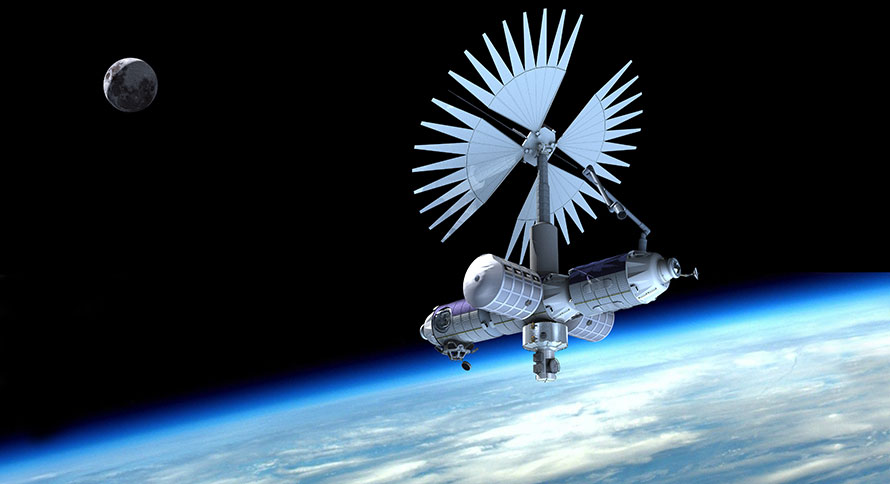 From the U.S. Skylab, to the Soviet Mir, to the International Space Station (ISS), and China’s Tiangong, crewed structures have been placed in orbit and one has been continuously occupied for over a decade. These space stations are essentially tools, rather than ends in themselves – laboratories in which we learn how to construct large structures in space, live and work in space, gather biological data, avoid or survive space debris, and explore scientific principles and technologies that can be developed only in space.

The International Space Station will be followed in orbit by other human-occupied facilities, such as hotels, laboratories, factories and depots, with many being commercially owned and operated. These would support space tourism and recreation, scientific research, low-gravity manufacturing, space solar power infrastructure, refueling and repair operations, and the like. The lessons learned will be applied to later space settlements.

COMPONENTS (needed to create a habitat in space)

No permanent space settlement can be constructed without first accumulating: (i) the technical knowledge, industrial tools, unique materials and techniques necessary to create such a novel habitat, as well as (ii) biological data about the ability of terrestrial life to survive and thrive for long periods of time outside Earth’s atmosphere and gravity.

That knowledge and expertise has been and will be acquired by the launching or construction of large structures in Low Earth Orbit (LEO). LEO is the closest place in which research can occur and techniques can be practiced, and from which escape in an emergency is most feasible.

Over time, newer equipment will be added and critical new experiments will be conducted onboard. A variable gravity centrifuge, large enough for small mammals, is needed to determine the effects of living in lunar or Martian gravity. Also needed are tests with space solar power wireless energy transmitters and receivers, closed or controlled ecological life support systems, and larger, more efficient electrical power systems.

The attainment of this milestone will be recognized gradually when inhabited orbital infrastructures (1) seem permanent, (2) are supported by sustainable economic activity, and (3) include at least one commercially owned and operated LEO station.