A lunar base or other lunar habitations evolving into a permanent settlement, increasingly self-sufficient and increasingly focused on commercial activities. 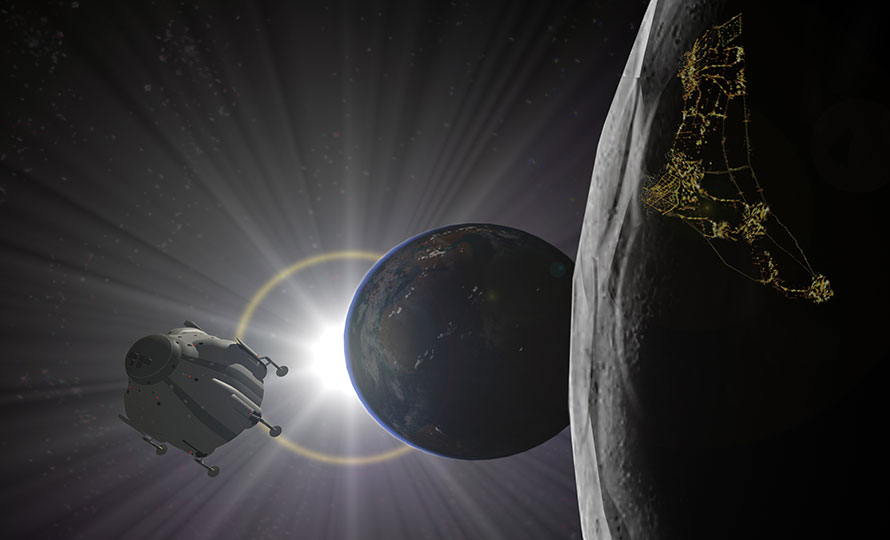 As lunar habitation grows, in volume, in area, in the number of modules connected and nearby, and, especially, in population, at some point people will look back and realize that people are on the Moon for good. While it is hard to define a “permanent settlement,” some aspects that might be present include:

While the settlement’s facilities are reasonably predictable, the composition of its population is not. That will depend on the biological effects of living in the low lunar gravity for long periods, even a lifetime, and on fetal development and later growth. It may be that people and their families will be able to move to the Moon and live there for generations, or it may be that the permanent settlement is filled by a constantly changing population.

As the cost of space transportation drops and the cost of the settlement is amortized or written off, the incipient commercial activities that were initiated in the base phase will be expanded.  This includes tourism, development of products and services for use at other locations and for production of components to support services for Earth such as space solar power. Lunar hotels may be the most frequently added businesses. The low lunar gravity might even make the Moon a retirement destination of choice. An increasing proportion of lunar settlers will be involved in these commercial activities, rather than in routine maintenance.

One significant commercial activity that could be sustained by a growing lunar settlement would be the creation of a system of electromagnetic mass drivers or coil guns (similar to rail guns). These would precisely hurl mined lunar materials or lunar-derived rocket fuel directly from the airless lunar surface into trajectories where they would be captured in space. They could then be used to construct orbital space habitats or to refuel outbound spacecraft substantially more economically than could be done if those resources needed to be brought up from the bottom of Earth’s gravity well or from the lunar surface by rocket power.

Another activity that could be supported by a growing settlement would be the establishment and maintenance of permanent observatories at various locations, including on the far side of the Moon for radio astronomy, and on the near side of the Moon for continuous surveillance of cislunar space and the Earth.

This milestone can be considered to be achieved when the lunar settlement  has been occupied for several decades, with a long term population that is not declining.