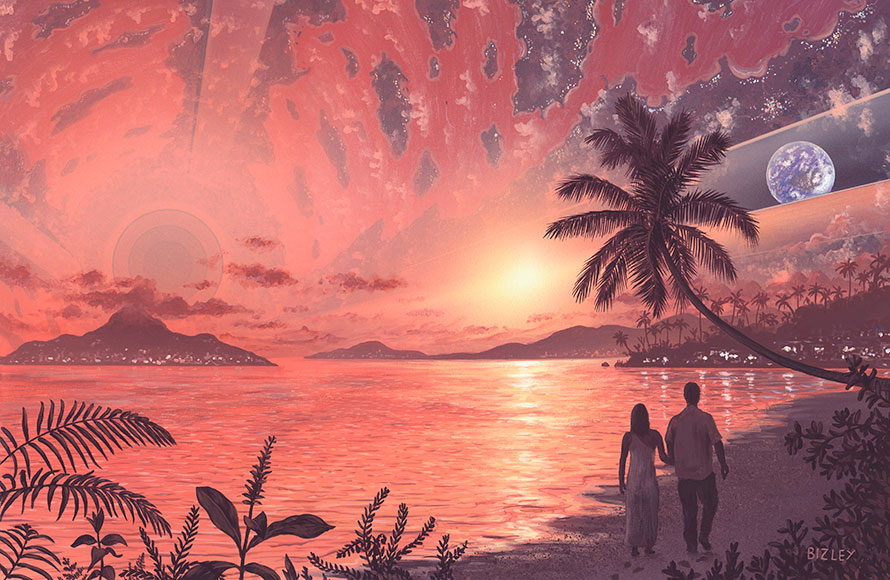 One of the major goals of space settlement is to ensure the survival of the human species. Indeed, if humanity does not survive, then the value of all of its efforts is lost.

Space settlements may ensure the survival of humanity from two categories of existential risks—those caused naturally and those caused by advanced human technology. Commonly recognized natural risks include: asteroid impacts, supervolcanoes, gamma ray bursts, etc. Technological causes include biotech, self-replicating chemicals, nanotechnology, and accelerating AI. Certain other human activities could severely harm humanity while not being a complete threat to human existence (e.g. nuclear war).  According to the Future of Humanity Institute, human extinction is more likely to result from human technological causes rather than natural causes.

There are two categories of space settlement which could result in humanity surviving existential risks.

(1) The general, longer-term growth and redundancy of space settlement becomes so large that settlements (or a network of settlements) could adjust and survive despite being cut off from Earth even without taking specific efforts to be prepared for existential risks. This is a sort of self-sufficiency which would be good for risks in the longer term but not the nearer-term.

(2) Alternately, in the nearer-term, settlements specifically designed for survival could focus their development upon providing the essential needs of the settlement by using local resources (without engaging in trade), and seeking isolation from risks of extinction. They would need to reproduce from local resources all of the equipment necessary to produce essential needs.

This milestone can be considered achieved when careful analysis concludes that at least some settlements would likely survive recognized existential risks emanating from Earth or elsewhere.