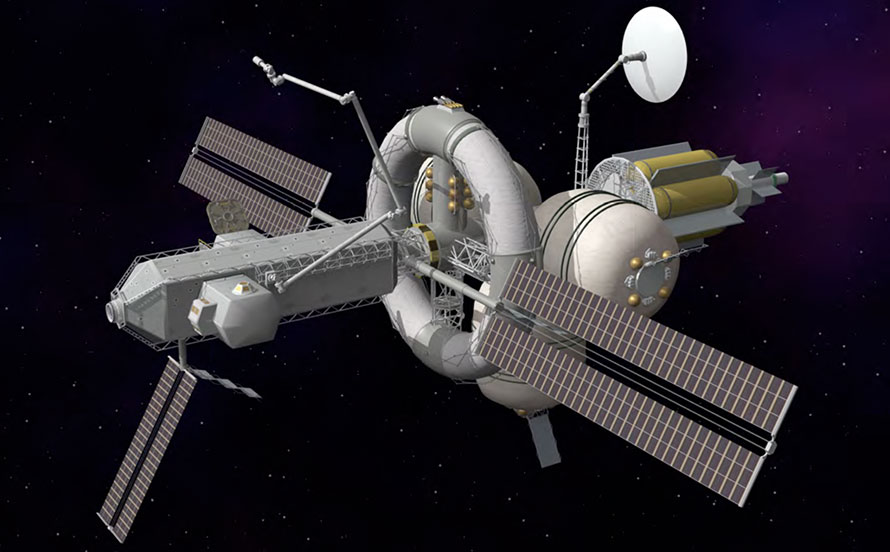 Crew habitats are one of the most critical parts of space infrastructure. Crews operating well beyond Low Earth Orbit and outside the Earth’s protective magnetosphere will be exposed to about twice the constant cosmic radiation and much more solar radiation, including dangerous but intermittent solar mass ejections, compared to locations in LEO. The crews in locations beyond LEO are also farther away from assistance and cannot just land in an emergency. Providing artificial (centrifugal) gravity using rotating or tethered modules may be necessary to maintain better long-term crew health for long durations spent in microgravity locations. (Note that this milestone refers primarily to smaller crew habitats launched from the ground, for trips and at logistics bases, and does not include the much larger residential settlement habitats that would be constructed in space.)

Crew habitats beyond Low Earth Orbit must be able to

This milestone can be considered achieved when a crew module or habitat that supports a crew for six month rotation periods, with effective radiation protection (equivalent to or less than radiation exposure levels to crews in LEO), is in place at GEO or any cislunar orbit or location.