NSS Roadmap to Space Settlement Milestone 7: Legal Protection of Property and Other Rights

Legal protection of property rights enacted to provide prospective off-Earth investors and settlers with the security to take financial risks. 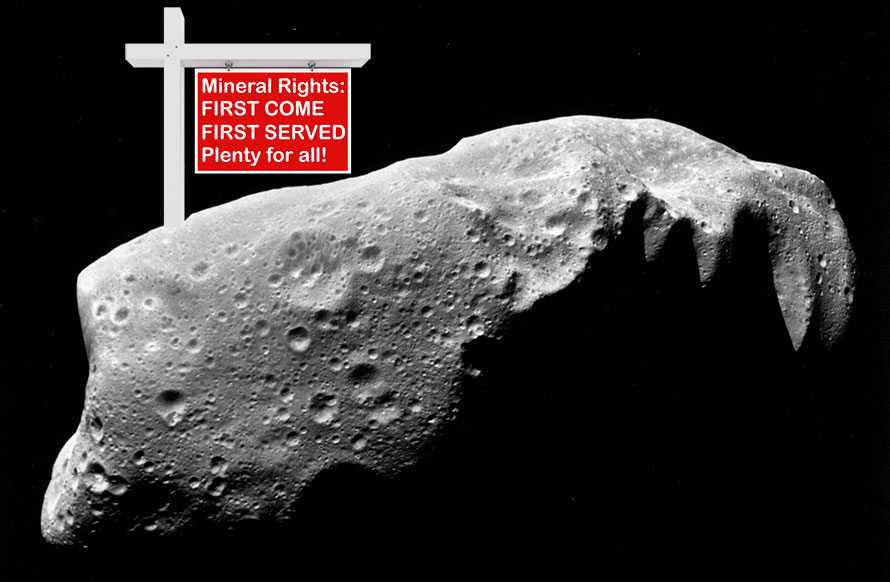 Successful settlement of space would be impeded if the settlers are not permitted to own real property (i.e., interest in real estate) as well as personal property, and if business enterprises are not permitted to own and run the facilities necessary to operate their businesses in extraterrestrial locations. Private individuals and groups who are considering investing their own resources to settle and develop the space frontier will need to know in advance that, if they succeed, they will be rewarded by legally enforceable recognition and protection of their claims of private ownership.

Current treaties among the nations of Earth prohibit national claims of sovereignty over bodies in space (although some nations have claimed ownership of the portions of the geosynchronous orbit arc over their territories). Therefore, it may be that nations or other terrestrial entities cannot grant ownership of property in space. However, even in the absence of modifications to such treaties, it is possible to expect that a legal regime could be established wherein reasonable claims on extraterrestrial lands, based on beneficial occupancy and development, could be recognized by terrestrial governments.  Also, private individuals may not wish to settle where their personal freedoms are not protected.

Aspects and developments regarding a legal regime for property rights in space include:

An example of the development of in-space property rights is the 2015 U.S. Commercial Space Launch Competitiveness Act (CSLCA), which states:

Other examples: In 2016, the U.S. Federal Aviation Administration issued an official permit for a private company to land on the Moon and use its local resources. In 2017, legislation similar to the CSLCA was adopted in Luxembourg. Both bills accept that there can be no claims of sovereignty in space but that resources, akin to fish in the sea, can be removed, processed, and sold.

These legal developments may mark the beginning of a new legal regime but their significance is yet to be determined. Hopefully a legal means by which a settlement in space can be recognized as sovereign over an area of space or a celestial body will be developed as an international agreement.

Space mining companies indicate that they could be mining minerals from the Moon or asteroids and have so far not indicated any intent to get a specific formal claim to the mining sites.

Note that no individual or company currently has internationally recognized authority to issue “titles” to uninhabited extraterrestrial real estate. Therefore, any past and contemporary offers of “title” to such lands which are not clearly denoted as symbolic and unofficial, are unethical and deceptive.

This milestone can be considered complete when either (1) multiple companies are mining celestial bodies and selling the output on Earth or in space, with majority recognition among nations of their right to do so, or (2) at least one space settlement exists on a planet or moon with majority recognition among nations of the right of the settlers to own and benefit from the area they occupy.