Effective economic incentives, such as “land grants” or prizes, to encourage private investment in off-Earth settlement and any supporting ancillary development. 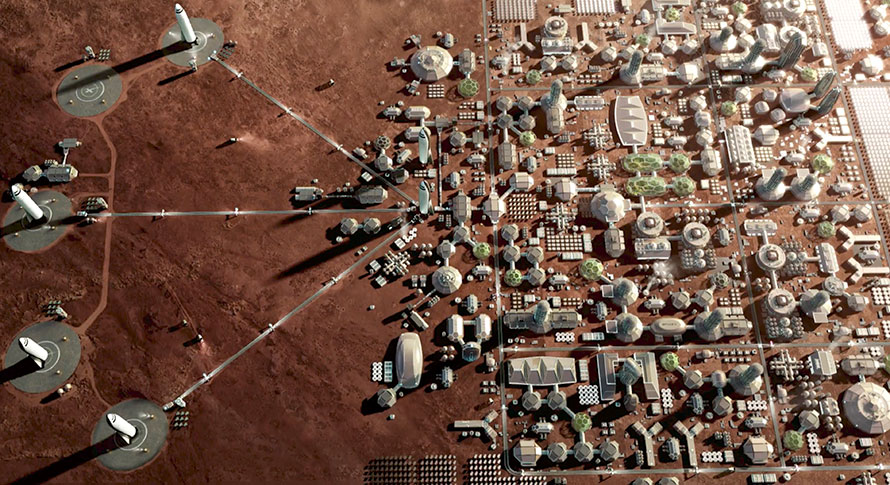 Land grants could speed up the settlement of Mars or other locations. Image: SpaceX

Market economics provide an incentive for space settlements. Other economic incentives such as land grants or prizes can also be created.

Claims of title to off-Earth land could be recognized on the basis of beneficial occupancy and development. Most likely such claims would also require that the occupancy be intended to be permanent. Claims could plausibly be broadened to include additional tracts large enough to make feasible subdivision and resale. Such extraterrestrial “land grants,” akin to those granted as incentives to railroads by the U.S. after the Civil War, appear to be a likely way to foster privately funded space settlements. Such measures would increase the potential for private investment in affordable space transportation and facilities and could be the difference in making settlement economically feasible. To that end, governments and the space community will be likely to develop acceptable legal mechanisms and methods of offering such land grants as an incentive for developing permanent off-Earth settlements.

Prizes similar to the Google Lunar X-Prize could be established to challenge and inspire engineers, entrepreneurs, and innovators from around the world to develop low cost methods for constructing space settlements, life support systems, or using in-situ resources.