NSS conducts projects that advance the cause of space development and settlement. We welcome your involvement in these projects. See the project pages below to get involved, or contact the Projects Committee to start a new project.

Space Ambassadors is an outreach program whose goal is to deliver exciting information about space to the general public. Phase I, designed as a global grassroots effort to inspire, educate, and communicate the daily life benefits of space exploration and research, was concluded at ISDC 2016. Learn about the new Space Ambassadors Phase II. 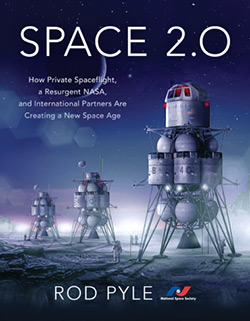 NSS contracted with space historian and author Rod Pyle to write a book entitled Space 2.0. This book embarks on a compelling narrative about the future development, exploration and settlement of the final frontier. This book is now available. 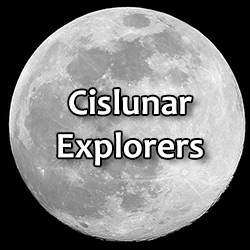 The Cislunar Explorers project teams NSS with Cornell University with the goal of placing a small spacecraft in orbit around the Moon as part of the NASA CubeQuest Challenge. The spacecraft will demonstrate two technologies critical to the development of space: the electrolysis of liquid water using the resulting hydrogen and oxygen as fuel and oxidizer, and an autonomous navigation system. Learn about the project and the NSS role in it. 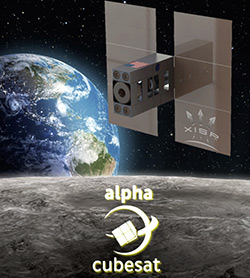 NSS has joined with Team Alpha CubeSat in their quest to launch a cubesat from the International Space Station to deep space—a first. As part of the NASA CubeQuest Challenge, the spacecraft will use a series of low-energy trajectories to journey into deep space (greater than 4,000,000 km—about ten times the distance to the Moon) and return to orbit the Moon in an experimental resonance orbit. In the process, the spacecraft will demonstrate a number of technologies. Learn about the project and the NSS role in it.