The Paradigm is Changing

On April 23 of this year, the Low-Cost Strategies for Lunar Settlement Workshop concluded that it is plausible that a permanent lunar settlement for 10 people can be built for less than $5 billion. Once established, exports from the settlement would at least pay for the recurring costs of maintaining the settlement. (see report on this workshop.) Five billion dollars is less than 4 percent of the cost of the Apollo program. What is changing? 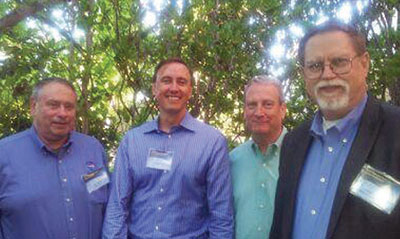 We are WINNING. That is what is CHANGING. Since the very beginning of the L-5 Society in 1975 (one of the two organizations that merged in 1987 to create NSS), we have advocated for free enterprise in space and space resources.

Free enterprise has led to SpaceX, which is rapidly lowering the cost of space transportation. Perhaps even more important, SpaceX has demonstrated the value of a free enterprise way of doing business. Using a fixed price contract instead of the traditional cost plus contract, SpaceX developed the Falcon 9 rocket as part of the COTS program at an audited cost of $400 million. The cost models used by NASA estimate that developing the Falcon 9 by the traditional approach would have cost 10 times as much. The free enterprise results of lower launch costs and the use of a COTS-like management approach for developing the lunar settlement is one of the two key explanations for the results of the workshop.

The second key is the use of space resources, specifically water and other volatiles that have been discovered on the Moon in recent years. Water can be divided into its components of hydrogen and oxygen. These in turn make an excellent rocket fuel. This can be used to refuel rockets on the Moon for return trips to Earth. Not bringing such fuel from Earth greatly reduces transportation costs. In addition, as discussed at the workshop, it is plausible that lunar produced rocket fuel can be profitably shipped from the Moon to low Earth orbit (LEO) and used to move payloads from LEO to higher Earth orbits. A high Earth orbit, geosynchronous orbit, is the destination of many of today’s satellites. Such fuel could also be used for missions beyond Earth orbits, such as missions to Mars. This is one of the lunar exports that might be used to help pay for the recurring costs of maintaining the lunar settlement.

Ideas are a powerful tool for promoting change. In fact, they are arguably the most powerful tool. The foundation of NSS’ strategy and before NSS, the L-5 Society, has been and is to promote key ideas. This strategy has been remarkably successful. The paradigm for humanity’s advancement in space is changing in part due to our work and the increasing adoption of our ideas. Mark these words, thanks in large part to our continued advocacy, in time the generally accepted long range goal of the human space program will be NSS’ long range goal: space settlement.

This article was written by Mark Hopkins, Chairman of the Executive Committee of the National Space Society. The article originally appeared in Ad Astra, Winter 2014.