Because the Earth is running out of resources, the media is full of stories about our limited future. The public has been told over and over again that we live on a planet with finite resources, that the economic system is closed, resource availability is declining, and the environment is deteriorating.

Many, such as the Club of Rome and its progeny, argue that maintaining the current world average standard of living requires an unsustainable amount of resources and thus this standard must decline.

As a consequence, for the first time in history Americans are pessimistic. A fundamental part of the American dream is that each generation will be better off than the previous one. Polls taken before the current recession show that Americans no longer believe this to be true. Pessimism about the future among Europeans is even greater.

Such pessimism has consequences. Why be responsible now? Why postpone gratification by obtaining an education now? Why not concentrate on short run at the expense of long run profits? Why not borrow now to consume more now and worry about paying it back later? Does it not make more sense to live for the now?

The Human Voluntary Extinction Movement provides an extreme example. They argue that all humans should permanently stop having children. Quoting their website, “Considering the future world we are creating for future generations, procreation today is like renting rooms in a burning building — renting them to our children no less.”

But the reason for all of this pessimism is not true. Members of the Space Movement know that resources are not limited to those which are available on Earth. We can tap into the truly vast resources that await in space.

The economic system is not closed, our future is not limited. The best days for America and more generally humanity lie in the future. There is a hopeful prosperous future for all.

As I argued in a past column, The Augustine Report and the Mainstreaming of Our Space Settlement Goal, our core message of the importance of space resources and Space Settlement has gained widespread acceptance in the space community. However, this is not true of the American community and more generally for the world community as a whole.

A key aspect of the NSS Strategic Plan is to spread our message of a hopeful prosperous future for all beyond the space community. Once this is done Americans will again believe in the dream that each generation will be better off than the previous one. Space is the alternative to a pessimistic future. 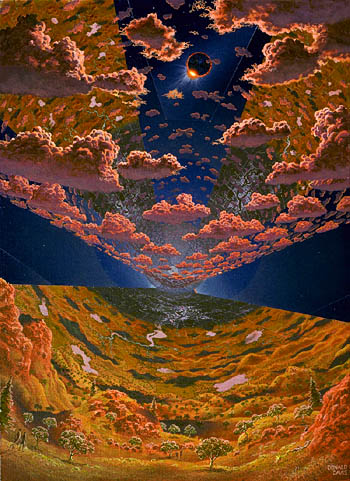 A Hopeful Prosperous Future for All

The Space Movement: Contents
Next article:
The Long Run Geopolitics of Space Settlements