NSS engages in thought leadership in a variety of ways, including: 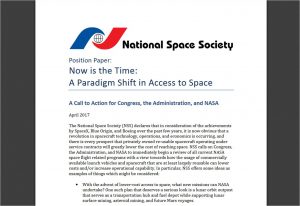 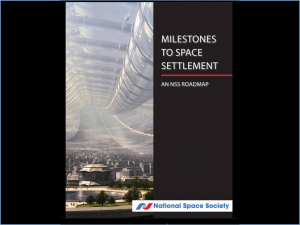 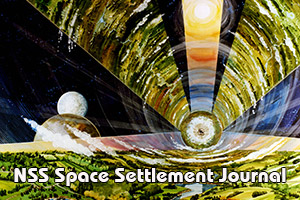 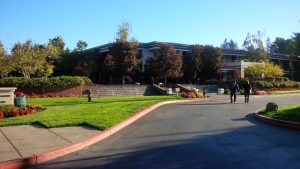 Workshops: NSS organized a workshop aimed at influencing space policy for the incoming administration, and which produced a report signed by the participants. The workshop was sponsored by Draper-Fischer Jervetson, a leading venture capital firm, and held at their Sand Hill headquarters.   Among other things, this workshop called for the establishment of a revitalized National Space Council, which was later established by the Trump administration, and a return to the Moon, which was established as a space policy goal by Space Policy Directive 1 on December 12, 2017. 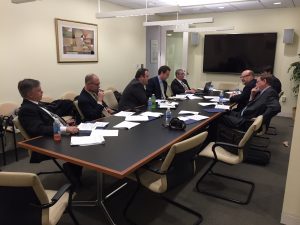 Briefings: NSS works to brief Senators and Representatives, key House and Senate Committees, and the Administration.  This is done sometimes as part of ASD activities, and sometimes directly by NSS.  The picture shows key NSS leaders briefing the Trump NASA Transition Team. 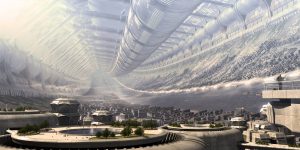 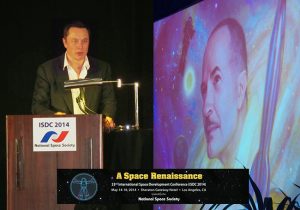 International Space Development Conference: NSS organizes and hosts the long-running International Space Development Conference  where a wide variety of space leaders address NSS members and the general public on topics related to space exploration, development, and settlement. The ISDC is a laboratory where new ideas sometimes get their first tryout.  In the picture Elon Musk addresses the ISDC. 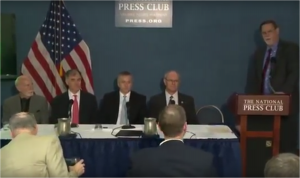 Press Conferences: NSS has sponsored a variety of press conferences calling attention to space related issues.  On the left Mark Hopkins, NSS Chair of the Executive Committee speaks at a press conference at the National Press Club on the Evolvable Lunar Architecture, July 20, 2015. 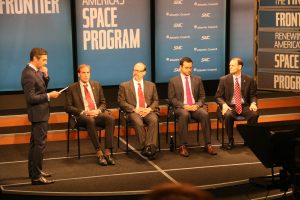 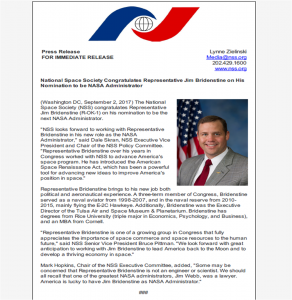 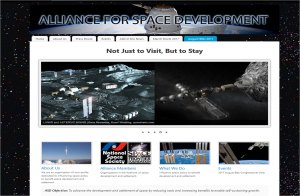 Participation in agenda-setting alliances:  NSS founded with the Space Frontier Foundation (SFF) the Alliance for Space Development (www.allianceforspacedevelopment.org).  ASD establishes an annual campaign and creates draft legislation to embody the advancement of space development and settlement.

Leadership incubation:  NSS has an outstanding record of developing leaders who go on to key roles on the national stage. Examples include: 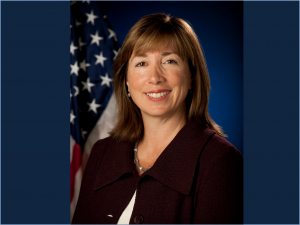 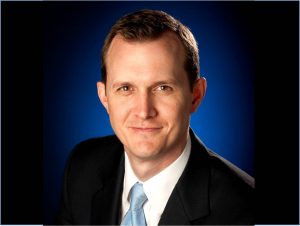