10th Re-flight of a Falcon 9 Booster 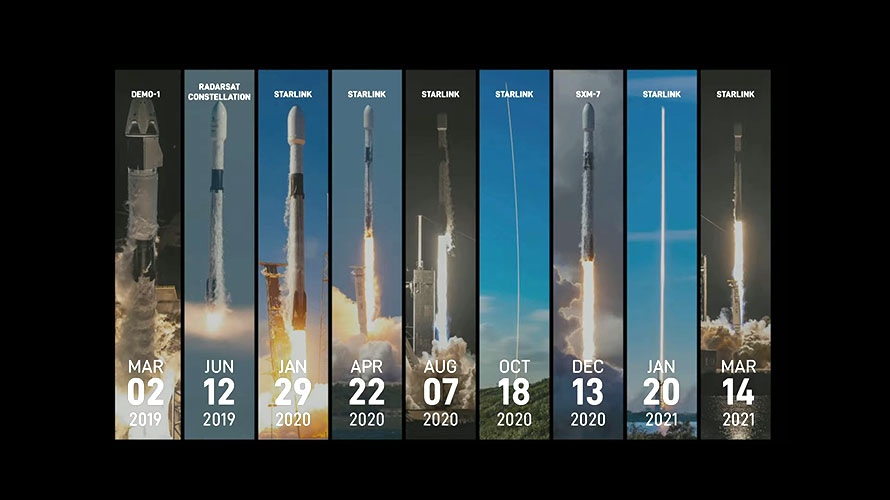 On May 9th at 2:42 AM a Falcon 9 roared skyward lofting another 60 Starlink satellites to orbit. Ho-hum! That’s the 11th Starlink launch on a Falcon 9 in 2021 so far, so what’s the big deal? SpaceX has been re-using F9 first stages for a long time.

Which brings us to the present moment – the 10th launch of Booster 1051. Booster 1051 flew for the 8th time January 20, 2021, and for the 9th on March 14, 2021, in both cases launching Starlink satellites. Flying a F9 booster 10 times before a major refurbishment has long been the stated reuse goal for SpaceX, although recently Elon Musk has been sounding more optimistic on what the ultimate reuse limit might be.

In addition to hitting a key reuse milestone, here are some other points to consider:

Before I forget, B1051 nailed the landing on drone ship “Just Read the Instructions.” Not bad for a vehicle that some now-long-silent Internet Trolls decried as a “hobby rocket.”