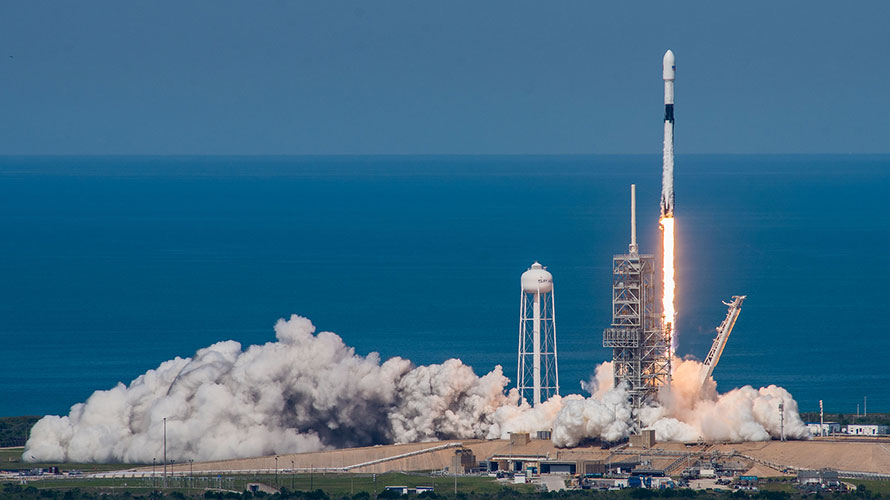 For Banglasdesh, today marked the launch of the first Bangladeshi satellite, a significant milestone for the poverty-stricken nation. For those interested in space development and settlement, this launch was important for another reason—it was the first flight of the Falcon 9 Block 5.

Although there have been many successful F9 flights—18 last year, and 9 so far this year including today’s flawless launch and recovery of the first stage via a drone ship in the Atlantic—there has never been an F9 first stage that flew more than twice. On May 10th prior to the launch Musk said, “We’ve been able to land 24 of the first stage boosters, 11 on land, 13 on a drone ship, and we’ve reflown 11.”

Among the many improvements in the Block 5:

NASA is requiring seven successful launches of the F9 Block 5 before crews are launched, so we now have 1 down and 6 to go. Although B5 is critical for the Commercial Crew program, its greater significance will be if it is truly re-usable to a large degree. Musk stated that the price of an F9 with a reused first stage is currently in the $50M range, but that the operational cost of the F9 B5 would be more like $6M per flight. SpaceX will not be lowering the price to this level since it needs to recover sunk costs and raise cash for building the “Big Falcon Rocket,” but the direction is clear—launch costs are coming down and space development is going UP!