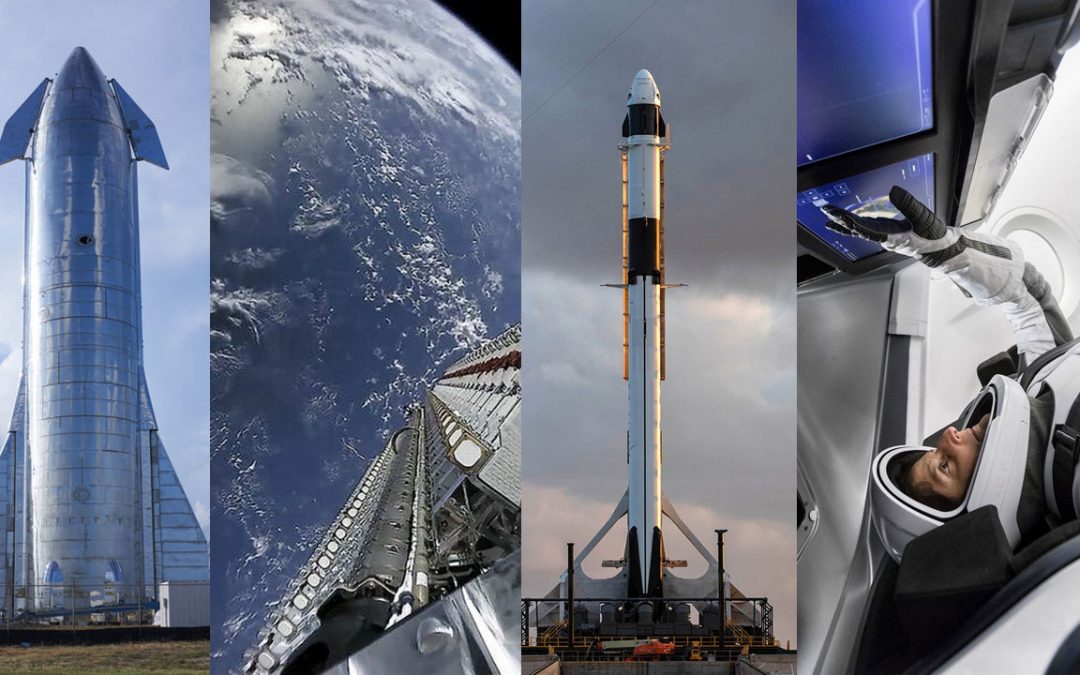 Having just written a recap of SpaceX activities in 2019, it seemed natural to follow with a preview of 2020. In no particular order, we can expect:

Perhaps the most impressive thing about the list above is that virtually everything listed will be on Shotwell Time, not Elon Time. So, buckle up—2020 will be an amazing year for SpaceX.

Image at top, from left: Starship prototype, Starlink satellites in orbit about to be deployed, Dragon 2 on the launch pad, and Astronaut Sunita Williams testing a Dragon 2 simulator while wearing a SpaceX spacesuit.