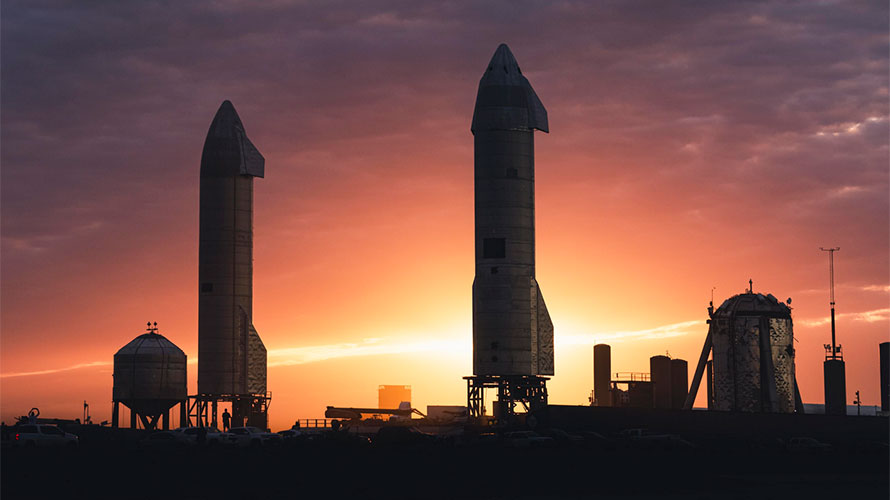 The covid pandemic roared through 2021 leaving death in its wake, and at one-point hospitals were using so much liquid oxygen that SpaceX stood down for almost two months due in part to a lack of fuel to launch, as well as potentially a shortage of chips to build Starlink satellites. With everyone struggling in a challenging environment, it would be reasonable to expect only modest achievements from SpaceX in 2021, but that is not how things turned out.

Briefly listing what is almost certainly an incomplete list of SpaceX 2021 milestones:

For comparison, in 2021 ULA launched four Atlas V payloads and one Delta IV Heavy.  An obvious criticism of SpaceX is that most of their launches were for an internal customer, Starlink. However, the SpaceX commercial/NASA/military total of fourteen is more than twice the ULA launch total of five.  The 31 SpaceX launches total more than Russia (22), Europe (5), and Japan (2) combined. Only China at 52 launches bested SpaceX.

A single disappointing area appears again for SpaceX in 2021: No launches of the Falcon Heavy, a deficiency that hopefully will be corrected in 2022.

The above constitutes a remarkable record that any company could be proud of:

Additionally, SpaceX won a really big contract in 2021, namely NASA’s Human Landing Systems award: $2.9B to modify a Starship to land on the Moon, with crews arriving in lunar orbit on an SLS launch. It is hard to exaggerate the significance of this decision. Not only is NASA stepping into the future and building on the successful use of commercial launch services to supply the ISS, but NASA committed to in-orbit refueling on a critical mission. NASA has avoided relying on in-orbit refueling to date although this capability is fundamental to our future in space. At long last, NASA has done the right thing in this regard.

But that’s not all folks. SpaceX has been conducting an intensive development and testing effort in Boca Chica, Texas, to bring to reality the Starship/SuperHeavy, a fully-reusable Saturn V class rocket of a totally new design based on the methane-lox Raptor engine. Major tests in 2021 included:

Since then, SpaceX has constructed additional Starships and various test versions of the “Superheavy” booster, along with an elaborate launch tower with arms to catch the returning booster. Currently SpaceX appears to be waiting for FAA permission for an orbital launch while conducting a variety of ground tests and static fires of various Starships and SuperHeavies.

There is just no getting around it—SpaceX had a very good 2021, almost certainly the best ever for the company. 2022 holds out the potential to be even better, featuring:

For any normal company, the above would be a fantastic level of achievement, but for SpaceX is isn’t even the most important goal. All eyes will be on Boca Chica, Texas, as SpaceX starts a run to glory as it attempts for the first time to accomplish an orbital StarShip/SuperHeavy launch. The announced flight plan calls for expending both the first and the second stage, so the pressure is on to boost Raptor engine production to support an ambitious test program.

Probably the greatest risk to SpaceX’s 2022 ambitions lies in obtaining permits to launch Starship/SuperHeavy and to continue to orbit Starlink satellites. Recent FAA hearings on launching from Boca Chica suggest that opposition to SpaceX activity there is growing. Additionally, an alliance of ground-based astronomers and competing data communications vendors will almost certainly continue to raise the alarm about alleged interference from the expanding Starlink network.

SpaceX is constructing two ocean launch platforms, and has just announced plans to build two more StarShip/SuperHeavy launch pads at Cape Canaveral. The announced intention is to switch as rapidly as possible to launching a new generation of larger and heavier Starlink satellites on the less expensive, more capacious Starship/SuperHeavy. SpaceX may well fall short of its greatest ambitions in 2022, but I am looking forward to seeing a Starship in orbit!!!