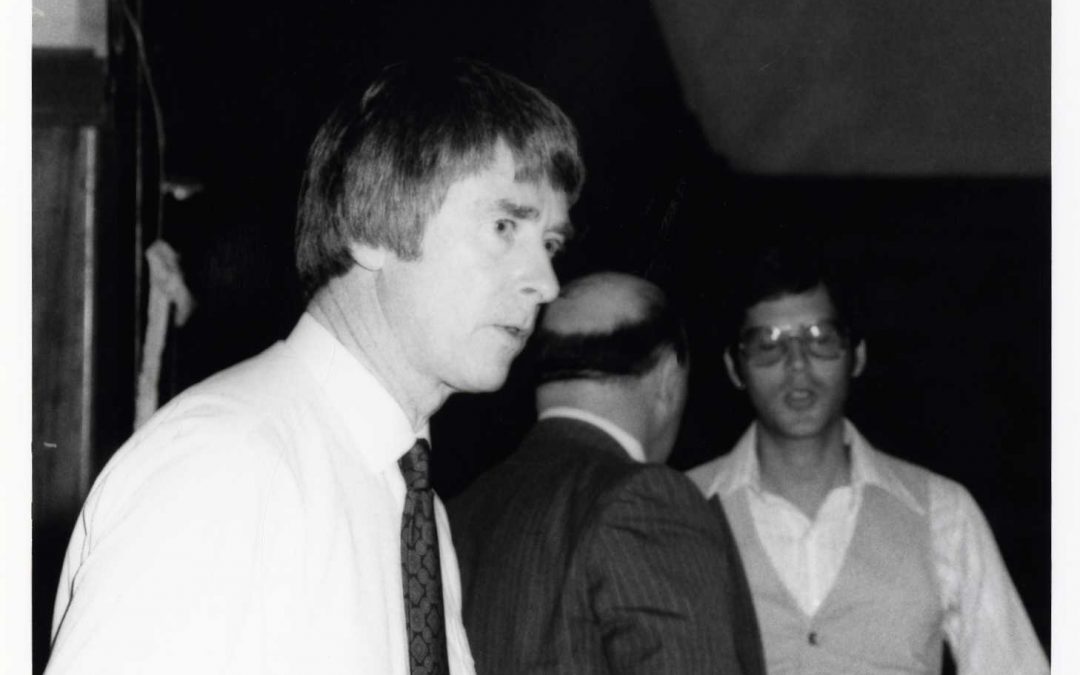 When I started researching and writing this series last year, it was months before the COVID-19 pandemic arrived Stateside, entering the U.S. – and the entire world – by force into an uncertain new era. As these events and this series unfolded, reviewing Dr. Gerard K. O’Neill and Dr. Brian O’Leary’s differing ideals and careers gained a new poignancy and sadness. O’Neill’s optimism made me wistful for a time we haven’t yet quite reached – a Utopian existence in a new settlement where many of the problems faced on Earth were past us, that I really believed I’d be living in at one time. In stark contrast, O’Leary’s decision to completely leave the scientific establishment behind and embrace New Age ideas – ideas that often made my jaw drop to the floor – often confounded and saddened me. I honestly believe had he embraced conventional medicine, he would perhaps still be with us. Simultaneously, I wished medicine had advanced enough by 1992 to give O’Neill more birthdays.

My thoughts seemed to echo the same thoughts the space community had about their wildly divergent lives. One person I contacted for this series, who was a big O’Neill supporter during the 1970s according to literature I consulted, refused to discuss O’Leary with me whatsoever, and answered an emailed inquiry with a stern “no comment.” Others I contacted weren’t as closed off, but I could sense they wondered why I was asking about him in particular. While many were open and happy to discuss O’Neill, they seemed equally off-limits concerning O’Leary. This post will attempt to examine the two scientists’ legacies, and how to come to terms with O’Leary’s complicated legacy.

“For me, the age-old dreams of improvement, of change, of greater human freedom are the most poignant of all; and the most chilling prospect that I see for a planet-bound human race is that many of those dreams would forever be cut off for us.” Gerard K. O’Neill, The High Frontier

It would be easy to say since O’Neill’s grand space settlements haven’t yet happened, his idea was a failure – but that would be reductive. While O’Neill’s space settlement vision lost its mass popularity during the 1980s, in recent years his ideals have enjoyed a huge boost in visibility by many current space visionaries. During the last decade, private spaceflight companies including SpaceX and Blue Origin have embraced O’Neill’s “take it to the people” and “do it yourself” ethos.

In addition, those companies’ leaders – Elon Musk and Jeff Bezos, respectively – have enterprised their own O’Neillian ideas of space settlements (while Musk focuses on interplanetary settlement, Bezos’ visions more closely resemble O’Neill’s). Musk was named one of the Top 10 Space Influencers by the National Space Society in 2018, and Bezos was awarded the NSS’ Gerard K. O’Neill Memorial Award the same year at the International Space Development Conference (ISDC) in Los Angeles, California. The NSS, which was formed by a 1987 merger of the National Space Institute and the L5 Society, still tirelessly promotes O’Neill’s space settlement visions; the Space Studies Institute (SSI), founded by O’Neill in 1977, does the same to this day.

Last week, the trailer for the upcoming film The High Frontier: The Untold Story of Gerard K. O’Neill premiered during this year’s online-only Yuri’s Night celebration, and debuted a treasure trove of long-unseen archival footage of O’Neill in his prime, calmly and affably discussing space settlements with luminaries as diverse as Johnny Carson and Isaac Asimov. Many “Gerry’s Kids” were interviewed for this project, including Peter Diamandis and Lori Garver. The most notable thing about the trailer is the variety of personalities profiled, including author Frank White and artist Don Davis, who were both influenced by O’Neill. The clip was introduced by O’Neill colleague and legendary space advocate, Rick Tumlinson. For those interested in viewing the trailer, it starts at roughly at three hours, two minutes into the webcast. O’Neill’s 1976 book bearing the same title is still readily available, and remains essential reading in the spaceflight literature canon. You can even read it via Kindle, a device O’Neill predicted in his 1981 book 2081: A Hopeful View of the Human Future.

While the man himself is long gone, it’s apparent that O’Neill’s dream will go on forever via those who knew him, worked alongside him, or were influenced by him through other spaceflight popularizers.

“The dust settled quickly enough. Having revisited Hawaii, Florida, Maine, Quebec, and Europe for perspective, [my wife and I] settled at Cornell in the fall of 1968 to return to the serene, obscure lives of the university scientist and family. But life runs in cycles, and space beckoned me again – this time to analyze rocks brought back from the Moon by the Apollo 11 astronauts. It is ironic that I could not have done that as an astronaut…I might get into space yet.” Brian O’Leary, The Making of an Ex-Astronaut

While O’Neill’s legend flourished in his absence, any discussion about O’Leary’s scientific career seemed to limp off into the sunset following his 2011 death. In the New Age community, he was recognized as a unique voice in the area of Free Energy, but as mentioned before, many former NASA colleagues seem ill at ease to discuss him – perhaps owing to his appearance on the Fox Moon landing hoax special, and other diversions, including touring with a “talking” lapis blue pig around the same time (from a biographical piece by Wade Frazier: “Brian also had personal idiosyncrasies that all of us can lay claim to, but they were harmless, such as his Lapis Pig activities. The original Lapis Pig was only a couple of inches long and kept next to his kitchen sink, but during one of our board meetings, Brian took out his puppet version of Lapis Pig and made some cute capitalist comments. Lapis Pig’s personality was like Dogbert’s. I considered Brian’s idiosyncrasies lovable, but I saw him get attacked for them, and he always shrugged them off.”).

However, some of O’Leary’s literature, particularly The Making of an Ex-Astronaut, has regained a cult following in the space community in recent years (perhaps owing to this blog). O’Leary did capture an important period of time at NASA in his 1970 book, and did describe a problem that would plague NASA throughout the 1970s – how to reconcile space science with engineering. In the recent Colin Burgess book Shattered Dreams: The Lost and Canceled Space Missions, many of O’Leary’s misgivings about the human spaceflight program of the late 1960s and early 1970s are echoed by another scientist from his astronaut group, Philip Chapman, who resigned his NASA post in 1972. Indeed, several scientist-astronauts would resign around that era, as they could see that science was not necessarily a priority during the Apollo lunar missions, and that they would be waiting perhaps over a decade for a Shuttle flight. O’Leary’s book was the first piece of spaceflight literature to acknowledge these issues.

I think it also bears mentioning that O’Leary was an early supporter of O’Neill’s work, and it’s possible that his frivolousness, openness, and offbeat nature helped him to recognize the brilliance of O’Neill’s ideas (which, circa 1972, were considered crazy). If you listen to rare recordings available through the SSI’s Soundcloud channel, you will hear some proceedings from the 1976 NASA Ames space settlement discussions, which feature both O’Leary and O’Neill. For a time, they did work together closely; while O’Leary eventually left O’Neill’s orbit, he deserves to be recognized as an early space settlement pioneer.

The main difference between O’Neill and O’Leary’s approaches to life and work concerns with how they both coped with adversity. Some people, when met with troubles, throw themselves even further into their work, because they know they’ll gain some peace and routine from it despite the indignities of their day-to-day lives, such as coping with chronic illness. Some people, when met with troubles, look for a “magic pill” to conquer all of their problems – and unfortunately, their problems become so massive, no pill, magic or otherwise, will fix anything. This is why we view O’Neill as what could be, and why we view O’Leary as what could have been.

Featured Photo Credit: Dr. Gerard K. O’Neill talks to a crowd at an appreciation dinner at Cincinnati Technical College, May 27, 1981. Thanks to Bob Brodbeck for supplying this information. Photo retrieved from the Cincinnati State Archives on Flickr.

Recommended reading for those who enjoyed this series, and would like to know more about these scientists: