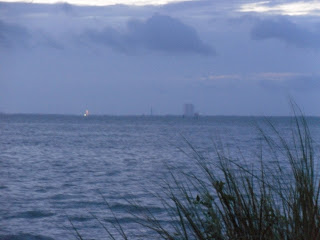 About 6:00 AM at the Rotary Riverfront Park in Titusville, Florida, July 8, 2011. At left, the Space Shuttle Atlantis is perched on its launchpad. At right, one can see the Vehicle Assembly Building. Photo by Emily Carney.
So, I’ve been compiling a brief list of things people in Central Florida will miss about the space shuttle program. Here are my selections (not necessarily in any order of importance, really): 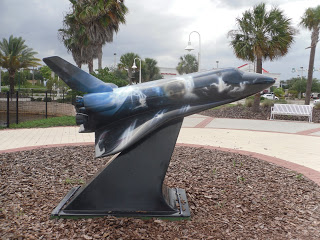