Apollo 1: Where the Road Led 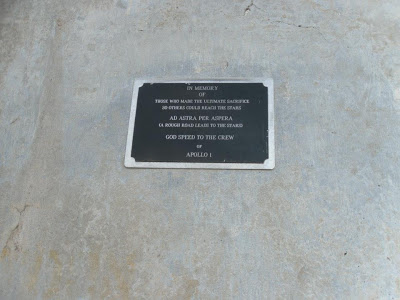 On Sunday, January 27, I was honored to have been invited to the annual Apollo 1 Memorial at the Cape Canaveral Air Force Station, which is the home of LC-34. Seeing the Grissom family congregate was an unreal experience for me. Guests, including me, jumped on a CCAFS bus and went down to the pad. I’ve been to the pad before, so I knew what to expect visually – but I wasn’t prepared, emotionally, for what I’d encounter there.

As the bus swung around to reveal the pad’s blockhouse, I could literally feel what happened there, as insane as that will make me sound. I could envision the scene. That was when I lost it. Certain places have energy and LC-34 certainly does. The air was chilly and windy, very much what it was like the same evening 46 years earlier. It hit me right in the chest.

I don’t claim to feel “presences” of any sort on a regular basis, but the guys were there. Mid-memorial, a bald eagle flew over the pad’s platform; a movie director couldn’t have invented a more haunting, timely image. The memorial itself was very lovely and I feel humbled to have been there with such an amazing group of people, including dignitaries and family members.

The feeling I got there was these men (and later, women) knew their sacrifices would pave the way to the future. They also left the world doing something not many people can claim to do: they left it a better, safer place. It is important that young people maintain their legacy by keeping the memory of their accomplishments alive and by remembering what they gave up. Ad aspera per aspera. 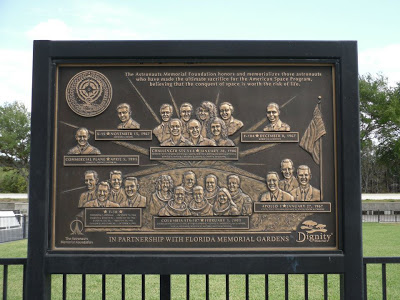 From the Astronaut Memorial at Kennedy Space Center, April 2012. Photo by me.