The 45th anniversaries of the Apollo lunar missions are now upon us and the National Space Society (NSS) is honoring the heroic accomplishments of these brave lunar astronauts. Monday, November 24, 2014, is the 45th anniversary of the return-to-Earth splashdown of Apollo 12, the second mission to land people on the Moon. 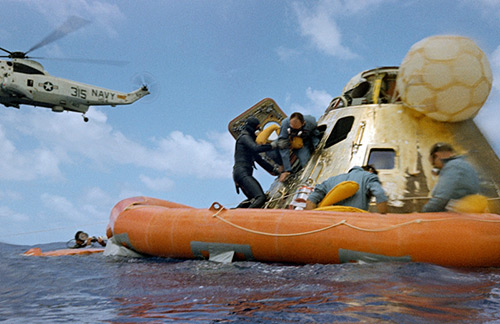 NSS hereby announces that it is granting the title of “Lunar Ambassador” to the crew members of the first two Apollo lunar landing missions. NSS, the leading nonprofit organization promoting space development and settlement, has taken this step to remind the world of the significance of humans reaching the Moon. 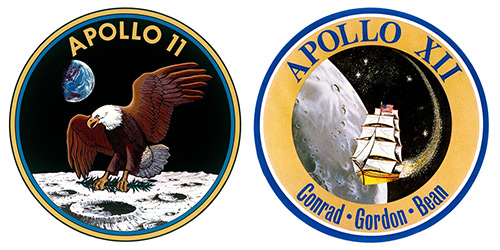 “NSS is proud to extend this honor to our pioneering Apollo astronauts who have led humanity’s advance into space,” said Mark Hopkins, chair of the NSS Executive Committee.

NSS intends to confer the title of “Lunar Ambassador” on the members of the remaining Apollo crews as they reach the 45th anniversaries of their flights. All of these are steps leading to the historic 50th anniversary, July 20, 2019, of mankind’s first human Moon landing.

The Apollo missions were the result of a commitment by President John F. Kennedy to land a man on the Moon and return him safely before the end of the sixties. A similar presidential commitment would be very appropriate on the historic 50th anniversary of the first human landing on the Moon.