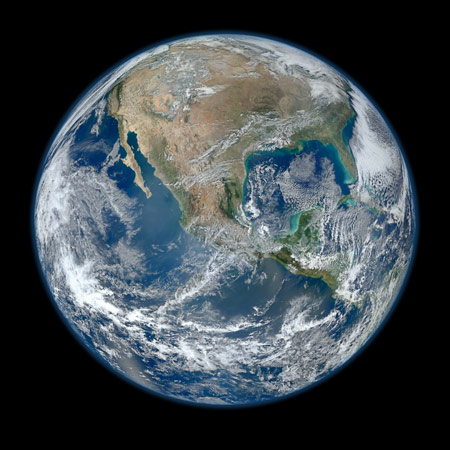 This striking “Blue Marble” image of the Earth was taken January 4th by NASA’s newest Earth-observing satellite, the Suomi National Polar-orbiting Partnership (Suomi NPP). The satellite was named after the late Verner E. Suomi, a meteorologist at the University of Wisconsin who is recognized widely as “the father of satellite meteorology.” The image was taken by the largest of the satellite’s instruments, the Visible/Infrared Imager Radiometer Suite (VIIRS). This composite image was created using a number of swaths of the Earth’s surface over the course of four orbits. More information.