Behind the Scenes of the ISDC 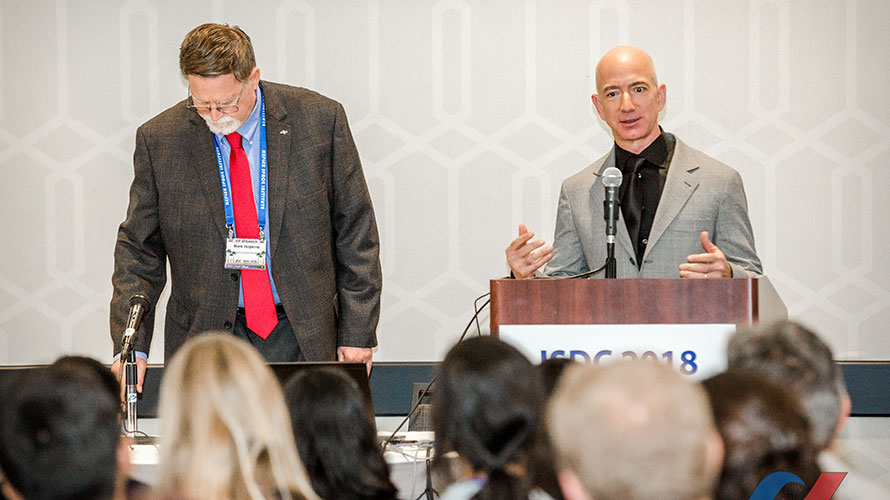 Many amazing things happened at ISDC this year and they were by no means simply fortunate accidents. Number one on this year’s hit list was our opportunity to spend time with one of the greatest leaders in the space industry, Jeff Bezos. Many months ago, Mark Hopkins determined that the “Princeton Connection” between Freeman Dyson and Jeff Bezos, with the late Gerard K. O’Neill as connective tissue, would make the difference in bringing Bezos to ISDC. Mark was ultimately successful in his pursuit of this dream team. (Photo above shows Mark with Jeff Bezos at the conference.) 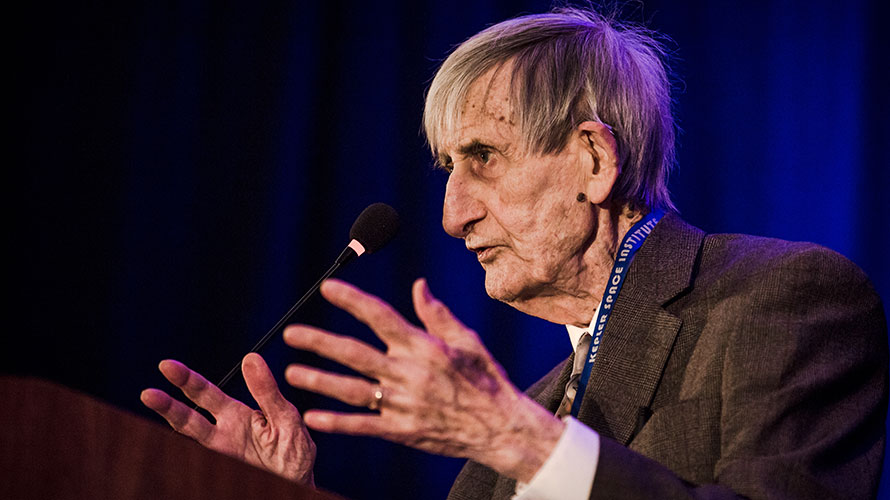 The presence of Freeman Dyson helped draw many to the conference.

But Mark was not alone in closing this deal, which took finesse and perseverance across many months to accomplish. As with much of what happens behind the scenes in NSS, and in particular ISDC, Aggie Kobrin stepped up to close the deal. By creating a strong relationship with the Bezos media team and Blue Origin, Aggie managed to build bridges that should serve NSS well into the future. 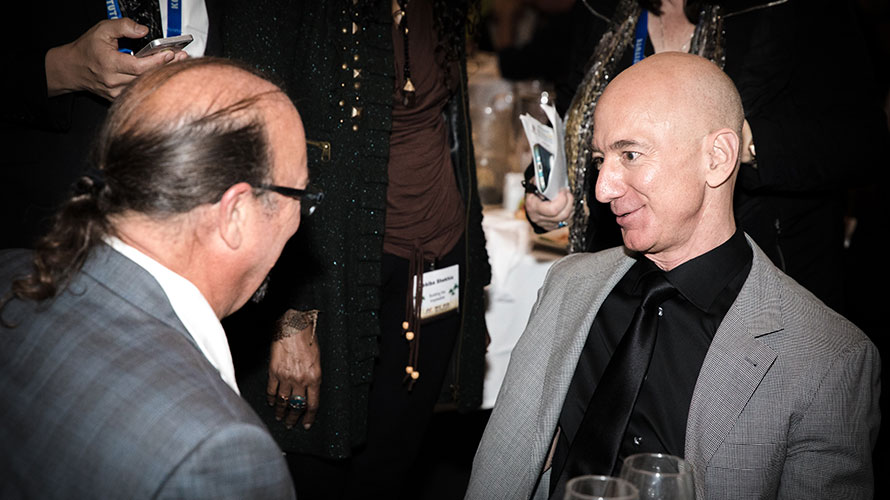 Dave Dressler with Jeff Bezos at the conference.

On the Friday night dinner for ISDC, Bezos not only attended and spoke at the event, but spent much of the evening meeting NSS leaders and chatting with the young people attending ISDC. He then proceeded to electrify the dinner attendees by announcing that his team had just completed negotiations to acquire the hit TV series “The Expanse” for Amazon Prime, which had been cancelled by SyFy just weeks before. Cast and crew from the show were in the audience, and emotions ran high. By the next morning hundreds of traditional and social media outlets had picked-up the story, and NSS and the ISDC figured prominently in those stories. This was a watershed moment for NSS regarding publicity and public visibility.

The original connections with the cast and crew of “The Expanse” occurred when both Mike Kobrin and I spoke with Cas Anvar after the “New Worlds” conference in Austin, TX, November, 2017. I extend thanks to Rick Tumlinson for setting the stage for relationships with Anvar and many other great people at his space conference.

By the time Yuri’s Night Los Angeles happened, we were very certain that Bezos would be at the ISDC. As luck would have it, Anvar was at Yuri’s Night. I shared the news with Anvar and he lit up. He said we should get more cast members to ISDC and he arranged that. The stage was being set. 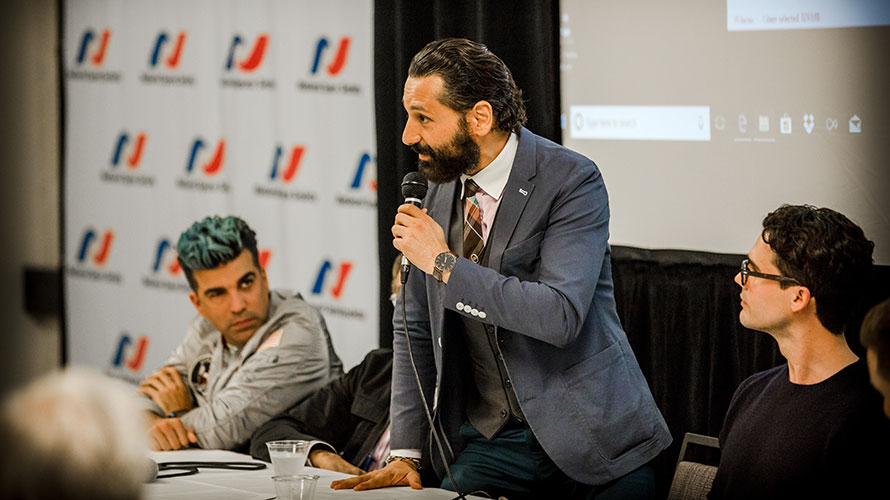 Much of the success of this was based on strong groundwork with the media beforehand. Aggie, new PR volunteer Ken Hoagland and others had worked with the PR team from “The Expanse” to lay the groundwork. Buckner Hightower shared his publicist with Aggie, and that set the stage for a blurb in The Wall Street Journal, Fortune, and other publications. NSS Governor Geoffrey Notkin and Hoagland directed their energies to the NSS/ISDC Twitter accounts to keep people updated, and Rod Pyle and Fred Becker worked the NSS Facebook page. NSS Governor Howard Bloom also lent PR expertise, and Lynne Zielinski continued her efforts to manage the overall outreach for NSS.

The result was great coverage of the Bezos announcement regarding “The Expanse,” and his appearance at the conference in general. Several regional and national reporters were at ISDC covering both the Bezos dinner and the wider aspects of the conference, and many remarked that they were surprised by the strength of the NSS movement, and would have never known was it not for the publicity surrounding the Bezos appearance.

A resounding thanks to all involved for a job well done at ISDC 2018!