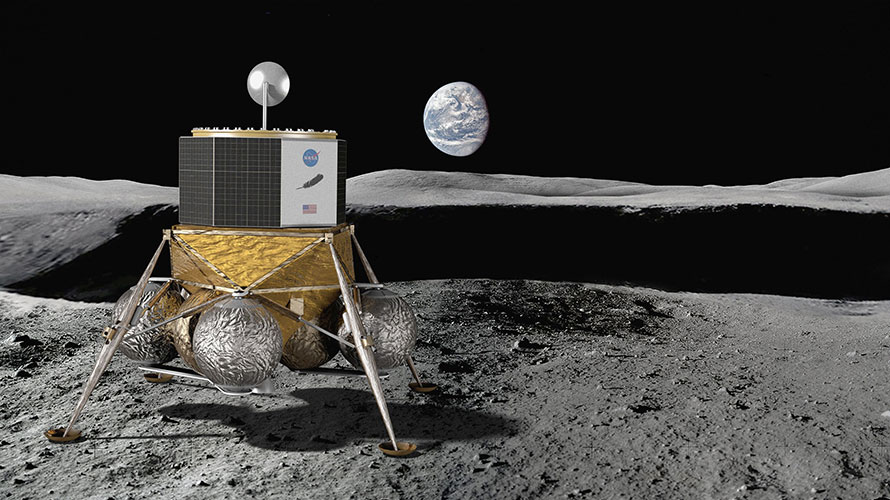 Blue Origin in the conceptual design phase of a large lunar lander (called Blue Moon) capable of bringing several metric tons of cargo to the Moon, providing reusable access to the lunar surface and its resources. Blue Origin states: “Moving heavy industry from Earth into space is at the core of Blue Origin’s mission. The next logical step in this path is a return to the Moon.”

Blue Origin has also joined leading space companies and agencies to support the creation of The Moon Race, a non-profit working to launch a competition for teams looking for a ride to the lunar surface. On October 2nd, Blue Origin also signed a letter of intent with German aerospace companies OHB and MT Aerospace to collaborate on a future Blue Moon mission to the lunar surface.