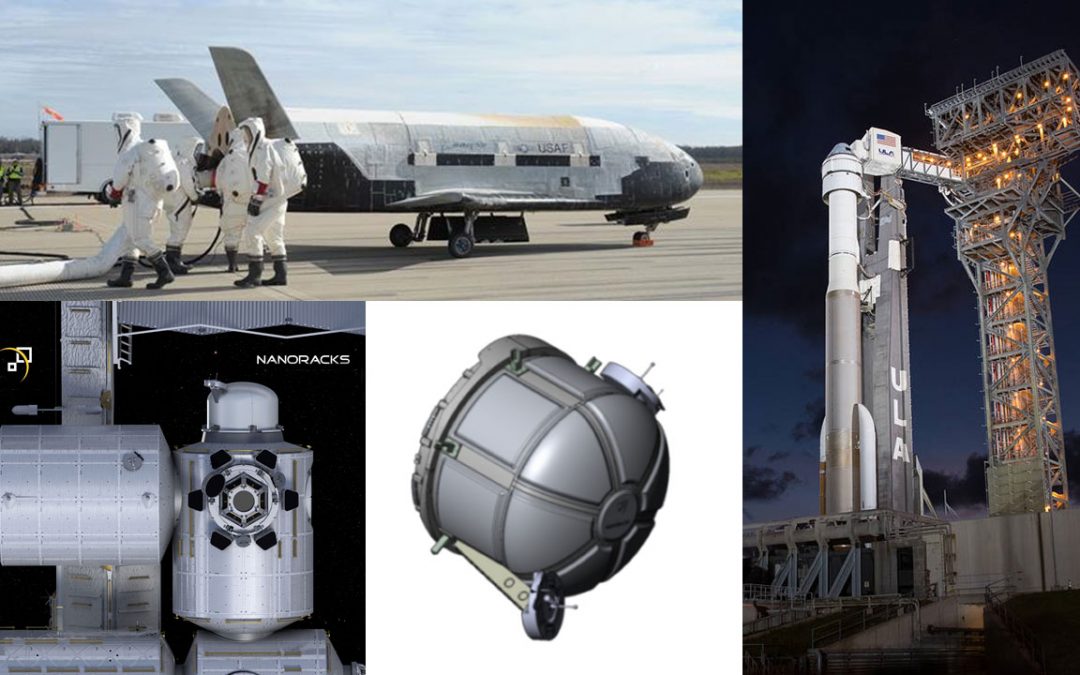 This article will only focus on Boeing activities that relate to space development, not to everything Boeing is involved in, which would be a long list. Boeing made significant advances toward space development in 2019.

Throughout 2019, Boeing continued to provide engineering support to the International Space Station (ISS) that it helped design and manufacture. The ISS celebrated its 20th anniversary in 2019. The ISS is the major NASA effort supporting space development, and provides the foundation for COTS/CRS, Commercial Crew, Nanoracks, the BEAM module, the work of CASIS, and much more.

Although this area does not receive much publicity, Boeing builds communications satellites which are often launched on SpaceX Falcon 9s, including the following in 2019:

Communications satellites are the most mature space-based industry, and Boeing is a part of the ecosystem supporting this industry. It is also worth noting that although SpaceX and Boeing are in many ways competitors, they routinely partner to support many customers.

The Boeing built uncrewed X-37B spaceplane returned to Earth on October 27, 2019, after 780 days in orbit, a new record. Although the missions of the X-37B are classified, there can be no doubt that this next-generation mini-shuttle has been a rip-roaring success. The Sierra Nevada Dreamchaser spaceplane selected for NASA’s CRS-2 program fills a similar niche to the X-37B.

Boeing continued construction of the Bishop Airlock under contract to Nanoracks, with launch to the ISS on a Falcon 9 planned for August 2020.  This airlock will increase the “real estate” for the attachment of in-vacuum experiments on the ISS, while allowing for the launch of larger satellites. Commercial additions to the ISS are key to demonstrating the economic potential of LEO space stations, and such modules are planned to form the core of eventual purely private space stations.

The biggest news for Boeing in 2019 related to commercial crew progress. A successful test of the Starliner (CST-100) launch abort system was performed on November 4, 2019. Although one of the parachutes failed to open, the capsule was safely recovered. A further milestone was achieved on December 20, 2019, with the first launch and landing of an uncrewed Starliner capsule. The first human-rated Atlas V launch vehicle, including the dual-engine Centaur upper stage, functioned flawlessly. Unfortunately, software errors resulted in thrusters continuing to fire, expending sufficient fuel that it was not possible to dock to the ISS. The system for landing Starliner on the ground rather than at sea worked flawlessly (including parachute deployment), a major milestone for Boeing.

Looking ahead to 2020, we can anticipate the following achievements by Boeing:

Overall, Boeing has a big 2020 coming up. Here’s to hoping that we close 2020 with both Boeing and SpaceX crews having reached the ISS on American spacecraft launched from American soil!