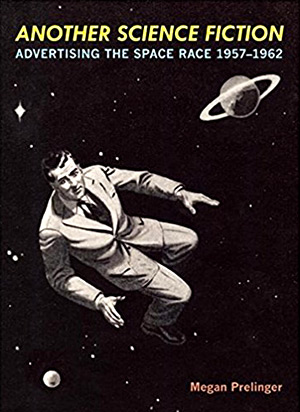 I was almost instantly captivated by Megan Prelinger’s fascinating new book. Working my way though her elegant text and stunning illustration selections, a feeling of nostalgia washed over me.

Let me explain. During the 1950s and early ’60s, my career paralleled much of her narrative. I started off at Reaction Motors, Inc., America’s pioneering liquid-propellant company, in northern New Jersey; moved on to Republic Aviation Corporation’s guided missiles division on Long Island, New York; and then to Redstone Arsenal in Huntsville, Ala. There, I joined the Army Ballistic Missile Agency (ABMA), whose development operations division was headed by famed rocket and space pioneer Wernher von Braun. ABMA would bask in the limelight on January 31, 1958, when it successfully orbited Explorer 1, America’s first artificial satellite. In mid-1960, the von Braun team was transferred to the new NASA George C. Marshall Space Flight Center. We had left the military and were now working for a civilian organization. The path to the Moon beckoned.

During those years, I devoured the very publications cited so often by the author, principally Aviation Week and Missiles and Rockets. I’ve kept all those issues and continue to read Aviation Week to this day; Missiles and Rockets was a relatively short-lived publication on whose editorial board I had served and for which I’d written a number of articles. I had got to know the publisher Wayne Parrish and counted editor-in-chief Erik Bergaust as a close friend and colleague.

I remember so well the advertisements that would appear in those magazines and a few others cited by the author. Copywriters and graphic artists would emphasize not only their corporate clients’ ongoing space and rocket undertakings but also what the future might bring. A Republic Aviation Corp. ad offered “A ‘Time-Table’ for Space Conquest,” calling for an instrumented planetary soft landing by 1963, a space station for staging to Moon and planets by 1968, and a Moon base by 1970-75. Other ads proposed plans for lunar bases, gardens, and roving vehicles, including a unicycle design; futuristic life-support systems; space stations; all manner of propulsion systems – atomic-pulse, pinch-plasma, solar ion, and solar wind; lunar vacations; and much more.

In Megan Prelinger’s 1957-62 setting, advertising copy almost always included corporate “join us” phrases: “Excellent openings now available for creative research and development engineers with aerospace experience,” and “Unusual, infrequently offered, high-level positions for electronic engineers, aeronautical engineers, mechanical engineers, and physicists.” My favorite was a Jet Propulsion Laboratory (JPL) ad with the query “What is the Moon made of?” showing a mouse biting off a piece of cheese. The ad read, “It’s a big job. To do it right, JPL must have the best technical people in the country. People who want to know…who want to be part of the greatest experiment of mankind. If you’re that kind of people, JPL is your kind of place. Write us today.”

The illustrators in Megan Prelinger’s book are all but unknown. She laments the situation, writing that “Most artists working for industry remain anonymous or virtually so; the works they create are the property of the ad agencies or sponsor corporations.” Frank Tinsley and Charles Spear, who signed their compositions, are the exceptions. To the author of this remarkable work must go well-deserved laurels for rescuing rocket and space ad artwork from virtual obscurity.

I admire her elegant summing-up thought: “… [The images] also brought to life technology’s most positive promises, depicting scenes that still dare us to imagine exciting, even utopian, futures. That humankind might be freed from existing physical, geographic, and technological limits invites speculation about not only what technology can be, but what society can be.”

Megan Prelinger’s book is a treasure that should find a worldwide readership of space historians, lovers of space art, and all who seek to understand the evolution of humanity’s transition to a spacefaring species.