Book Review: Beyond the Sun 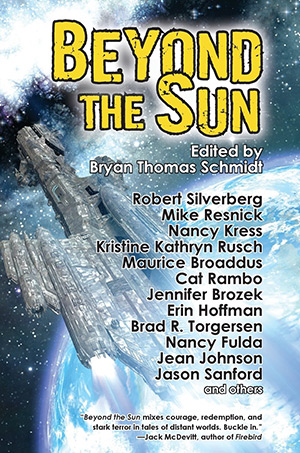 Beyond the sun is an anthology of 18 stories on the theme of space settlement and travel beyond the Solar System. All but three of the stories are original to this anthology. One of the three reprints includes Robert Silverberg’s 1974 story “The Dybbuk of Mazel Tov IV” which is a classic that many of today’s readers will happily encounter for the first time. The anthology includes the following stories:

Editor Bryan Schmidt has done an admirable job of choosing stories that each have something unique and interesting to say about issues and aspects of humans settling the space frontier. This book is highly recommended for all space enthusiasts.